The Dead-Tossed Waves by Carrie Ryan

Gabry lives a quiet life in the lighthouse overlooking the town of Vice. Many years ago her mother came out of the Forest of Hands and Teeth and made a new life here for herself and her young daughter. But a rash decision triggers unforeseen circumstances, and as Gabry's life disintegrates she realises she must flee her home just as her mother did long ago. 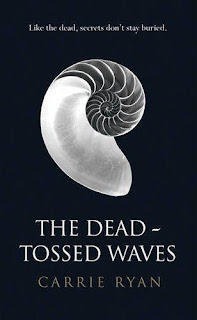 The Dead-Tossed Waves is the follow-up to Carrie Ryan's enjoyable debut novel from last year, The Forest of Hands and Teeth, taking place more than a decade after the end of that book. It can be read satisfyingly either as a sequel or a stand-alone, although the backstory is more easily understood if you have read the first book.

There are strong similarities between the two volumes. In the first book, a young woman flees her home as it is overrun by the Unconsecrated (zombies, basically) and escapes with a band of friends through the undead-infested forest, surviving only thanks to walled-off and protected paths through the wilderness. In the second book her teenage daughter faces a similar situation, although the opening sequence in the home town is significantly longer and more complex.

The novel also reveals much more of the history of the apocalypse and how the world survived it. Many questions from the first book are answered, and it is revealed that a sense of civilisation has indeed survived. The first book's sometimes overwhelming sense of isolation and mystery (akin to the atmosphere of the film The Village) is therefore missing, replaced by a somewhat more traditional form of post-apocalyptic worldbuilding. A sequence set on a crumbling overpass bridge with the ruins of civilisation strewn about it is reminiscent of the Fallout games (although at no point does the main character construct a steam-powered, railway sleeper-firing hand-cannon) or, more appropriately, The Road, though with more teenage angst. 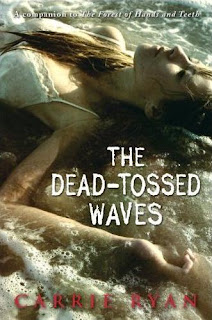 The characters are mostly well-sketched, but there are some weak elements here. Gabry eventually becomes a rootable heroine, but spends much of the opening of the book as a pretty passive figure. Even long after she becomes an active protagonist driving the action, she still frets over being so weak and helpless and not living up to her mother's badass-zombie-fighting reputation (her mum spends every a couple of hours every night battling off the zombie hordes washing up on the beach with the tide), which is understandable at the start but a little bit wearying after she's dispatched her third or fourth zombie of the book and swum through undead-infested waters to rescue her injured boyfriend from certain undeath twice before breakfast. She needs a bit more validation and positive reinforcement, I think. Also, being a first-person narrative, the other characters tend to be a bit more remote and distant and it's not always easy to get a handle on their motivations (aside from Mary, whom we know from the first book). Gabry's also inherited her mother's tendency to ponder and fret over her love life at inopportune zombie-related moments.

However, the story has enough of a good momentum to overcome these issues, the prose is solid rising to occasionally disturbing (Ryan does gruesome very well), and the pacing is good. It will probably surprise no-one to learn there is a cliffhanger ending, with a third book due next year.

The Dead-Tossed Waves (***½) is an effective follow-up to the first novel, enjoyable and disturbing by turns. The novel will be published on 8 April 2010 in the UK and 9 March 2010 in the USA.
Posted by Adam Whitehead at 18:52

Email ThisBlogThis!Share to TwitterShare to FacebookShare to Pinterest
Labels: carrie ryan, the dead-tossed waves, the forest of hands and teeth

I really enjoyed reading this book,i think that maybe gabry could use more selfesstem though.