3 new actors for GAME OF THRONES, plus Hellboy wants a part

Three more roles for Game of Thrones' second season have been revealed. 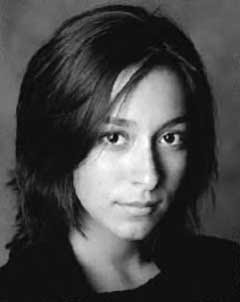 Oona Chaplin is a Spanish-born actress resident and active in the UK. She is the granddaughter of noted comedian Charlie Chaplin and has had a number of small roles in film and on TV, appearing in the TV series Spooks and the movie Quantum of Solace. She can currently be seen on the 1950s BBC news drama The Hour. 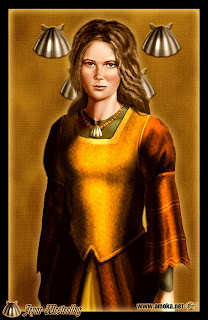 In Thrones, Chaplin is playing the role of Jeyne Westerling, the eldest daughter of Lord Gawen Westerling of the Crag, a bannerman of the Lannisters. The Westerlings are an old family who were once very rich and powerful, but have now fallen on hard times, and Lord Gawen is hoping to find a favourable marriage match for his daughter as a way of restoring the family's prestige. Jeyne doesn't appear until the third novel, but for the series the producers have confirmed they will be following the part of the story where she appears which happens off-page in the book. 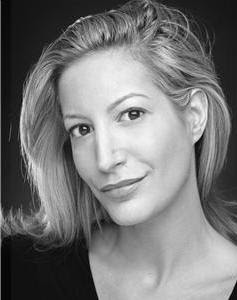 Laura Pradelska is a German actress who has been most active on stage, winning rave reviews and notices for her one-woman performances of Still Life at the Sushi Bar and The Stronger, as well as being part of an award-winning ensemble for a recent production of The Alchemist. She will be appearing as 'Greta' in an upcoming episode of Doctor Who. 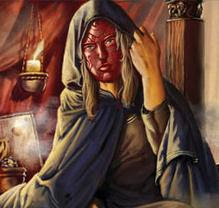 In Thrones, Pradelska is playing the role of Quaithe, an enigmatic and mysterious woman from the Shadow Lands beyond Asshai who usually speaks in prophecies and riddles. In the books Quaithe only appears with her face hidden behind a lacquered mask. It is not known if this practice will also be followed in the series. 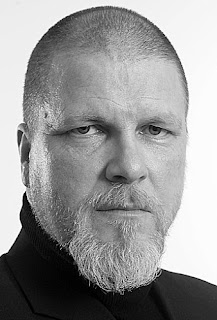 Forbes KB is a Scottish actor with a number of credits on British TV and in films. His most recent notable role was in the movie Harry Brown, appearing alongside Michael Caine and fellow Thrones actors Liam Cunningham, David Bradley and Iain Glen.

In Thrones, Forbes KB is playing the role of Black Lorren, a noted ironborn raider, a formidable warrior whose combat skills are greatly respected. He is very loyal to the Greyjoys. 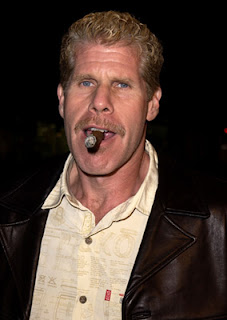 Not cast, but keen for a role is the mighty Ron Perlman. Perlman, the star of the Hellboy movies and the current TV series Sons of Anarchy, is an old friend of George R.R. Martin, with whom he worked on the Beauty and the Beast series in 1988-90. Perlman expresses an interest in a role on the show in this interview, where he also laments (jokingly) on how Hollywood success has changed Martin.

"George R. R. Martin, who wrote all the books… wrote for Beauty and the Beast. I go way back with George R. R. I can’t believe how through the roof he is. He won’t return any of my calls anymore," Perlman said in jest. "It’s really disgusting what Hollywood can do to a guy."


Given Perlman's high geek-cred rating, I'm sure HBO will take his suggestion under advisement. Given that Sons of Anarchy is an ongoing show, any role on Thrones would have to be a brief one at best. Given that Balon Greyjoy has likely already been cast, I'd suggest Qhorin Halfhand: he's a relatively short-run role at the end of Season 2 (so it's likely they haven't cast him yet) but Qhorin possesses the requisite amount of memorable badassery to be worthy of Perlman.

In a final bit of news, it appears that Malta has been dropped as a filming location for Game of Thrones. The island was used for the exterior scenes of King's Landing and some of Daenerys' story across the Narrow Sea in the first season. For Season 2 the producers have confirmed that filming will take place in three countries: Northern Ireland, Iceland (for the scenes beyond the Wall) and, it now appears, Croatia, where the city of Dubrovnik on the Adriatic coast will be used as a primary location. Given Dubrovnik's appearance and features, it could be standing in for Dragonstone or King's Landing.

Your Perlman for Half-Hand suggestion literally gave me chills. I support that idea whole hearted.

I'm not so sure about Quorin. He seems like a more solemn, thoughtful, quiet character.

I think Ron Perlman would make a great Tormund.

Can he do a decent British accent, though?

I visited Dubrovnik before the Balkan Wars broke out. It was a great town, then, with the complete Medieval city walls still there. I do not know what is left of the town now. But it sounds like a great location, anyway.