For Croatian ASoIaF and GoT fans

Filming of Season 2 of Game of Thrones is due to move to the Croatian city of Dubrovnik next month. The tentative plans are for four weeks of filming starting on 19 September, with parts of the city standing in for King's Landing (replacing the Maltese city of Mdina) and Qarth. Winter is Coming has a more detailed report on what parts of the city are being used. 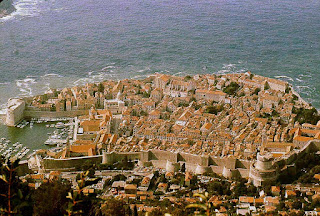 Croatian fans of the books and TV show may be interested to know that the production company are looking for up to 200 extras to take part in filming. Check out the WiC article for more details on how to sign up and apply.

Dubrovnik is one of the most amazing little town's in the world (*if* you're there when cruise ship tourists aren't flooding it's streets). Can't wait to see how it translates to Martin's setting.