InXile Studios may be hard at work on Wasteland 2, the crowd-funded sequel to the seminal 1988 computer RPG Wasteland, but they have already announced their next project. With most of the writing and concept art completed for Wasteland 2, those teams have started work on a game that may be called Numenera: Torment. This game will be a spiritual sequel to the classic 1999 RPG Planescape: Torment, widely-regarded as the finest (and most literate) computer roleplaying game ever made. 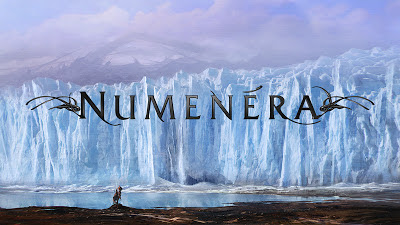 The new game will not involve any of the characters or situations from Planescape: Torment (which is copyrighted by Atari and Wizards of the Coast), but will share a similar focus on characterisation and philosophical matters, such as the nature of life, death and consciousness. The setting will be Numenera, a new roleplaying setting created by Monte Cook. Cook is a highly respected RPG game designer and worked extensively on the original Planescape setting for the Dungeons and Dragons game in the 1990s.

The game itself is being worked on by Colin McComb, one of the main designers on the original Planescape pen-and-paper setting and a key creative force on Planescape: Torment. The director of the game is Kevin Saunders, who has joined the team from Obsidian, where he led the Mask of the Betrayer team. Also on board are Torment designer Adam Heine and Dana Knutson, the concept artist whose work on Torment was crucial.

The game will use all-new rules for skills, character creation and combat. Full-scale work on the game will begin after Wasteland 2's planned release date (still scheduled for October 2013). There will be another Kickstarter campaign further down the line to help fund the game ahead of time.

Since Planescape: Torment is one of my favourite RPGs of all time (the computer game equivalent of Gene Wolfe), this is a project that I'll be watching with great interest.
Posted by Adam Whitehead at 22:58

I am going to support the hell out of this kickstarter when it finally goes up! I've been waiting for a Torment sequel for so long. Great news! :)

I'm sure the Kickstarter alone will give chills... Can't wait to see some concept art!

Numenera vs Project Eternity? You wait fifteen years for one spiritual successor to Planescape: Torment, and then two come along at once!

Not thrilled by the name, I have to say, possibly because I'm reading The Silmarillion at the moment. [Of course, an RPG set in Numenor would be great, but it would involve Christopher having to dig a grave for himself to roll over in first]

Well, maybe they're just trying to promise us something numinously noumenal - or possibly noumenally numinous...

Such a good news. Curious for game engine and rules.

'Mask of the Betrayer' is not bad game at all, may be the best RPG in 3d engine. Hope they'll make really good game, who else, when Bioware is almost ruined.