FALLOUT TV series in the works?

Bethesda has filed a trademark for an 'ongoing television program set in a post-nuclear apocalyptic world', sparking speculation that they are planning to turn their Fallout franchise into a TV series. 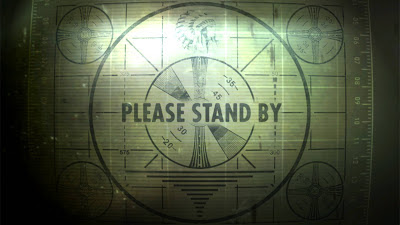 The Fallout series depicts a parallel history where the United States built a technologically-advanced future based on the designs and visions of the 1950s, only for this world to be destroyed in a nuclear war between the USA and China in 2077. The games are set between 100 and 205 years later and show the rise of new societies from the ruins of the old one. There are four main games (Fallout, Fallout 2, Fallout 3 and Fallout: New Vegas) and two spin-offs (Fallout: Tactics and Fallout: Brotherhood of Steel), as well as a tabletop wargame. The series was created by Interplay and Black Isle Studios, who created the first three games in the series. After Black Isle's dissolution in 2004 (whilst working on a third game in the series), other studios produced the spin-offs for Interplay. Bethesda bought the rights to the Fallout franchise in 2006 and released Fallout 3 in 2008. They then hired Obsidian Entertainment to make New Vegas, which was released in 2010.

Bethesda are currently working on Fallout 4, which will almost certainly be set in Boston (Bethesda researchers have visited the city recently, making notes on its layout and geography), and there is widespread speculation that they will start work on Fallout Online once The Elder Scrolls Online is released later this year.

Bethesda applying for this copyright does not necessarily mean that there will be a Fallout TV series - they may be simply trying to protect against another show being made using the same concepts - but it does indicate they are at least thinking about it. Reactions will likely be mixed. Whilst Bethesda are to be thanked for raising the profile of the Fallout franchise and introducing it to a huge number of new fans, it is also the case that their interpretation of the franchise in Fallout 3 was simplistic, though fun. This was particularly shown up by New Vegas, where Obsidian (consisting of many of the writers and developers of the first two games) delivered both a better game and a considerably more interesting and more nuanced view of the setting. If a Fallout TV series is to proceed, hopefully Bethesda would involve some of the Obsidian talent (particularly Chris Avellone and J.E. Sawyer) in some capacity.
Posted by Adam Whitehead at 12:24

Fallout 3 is the game that made me enamored of the series and certainly from a visual standpoint is my favorite, although New Vegas runs a hairs-breadth second.

A television show, or a limited series, could be a lot of fun if they coupled the aesthetic of the game with some quality writing. Having recently read Wool by Hugh Howey, which was also very visual in its writing and had me thinking often of Fallout, I am certainly in the mood to support that kind of show with my viewing time.

Wool would be an awesome basis for a TV series though Ridley Scott already has the film rights so I suspect it is unlikely. Bethesda would be wise though to look into it as a basis for another Fallout game.

I agree. I'm aching for a new chapter in the Fallout series.