In 1992 Warner Brothers Animation capitalised on the success of the Tim Burton Batman films with a new animated series which took its cue from those movies in terms of visual design. The result was one of the most acclaimed cartoon series of all time, Batman: The Animated Series. It ran for three years and spawned a number of spin-off films and sequel series, not to mention the entire DC Animated Universe. 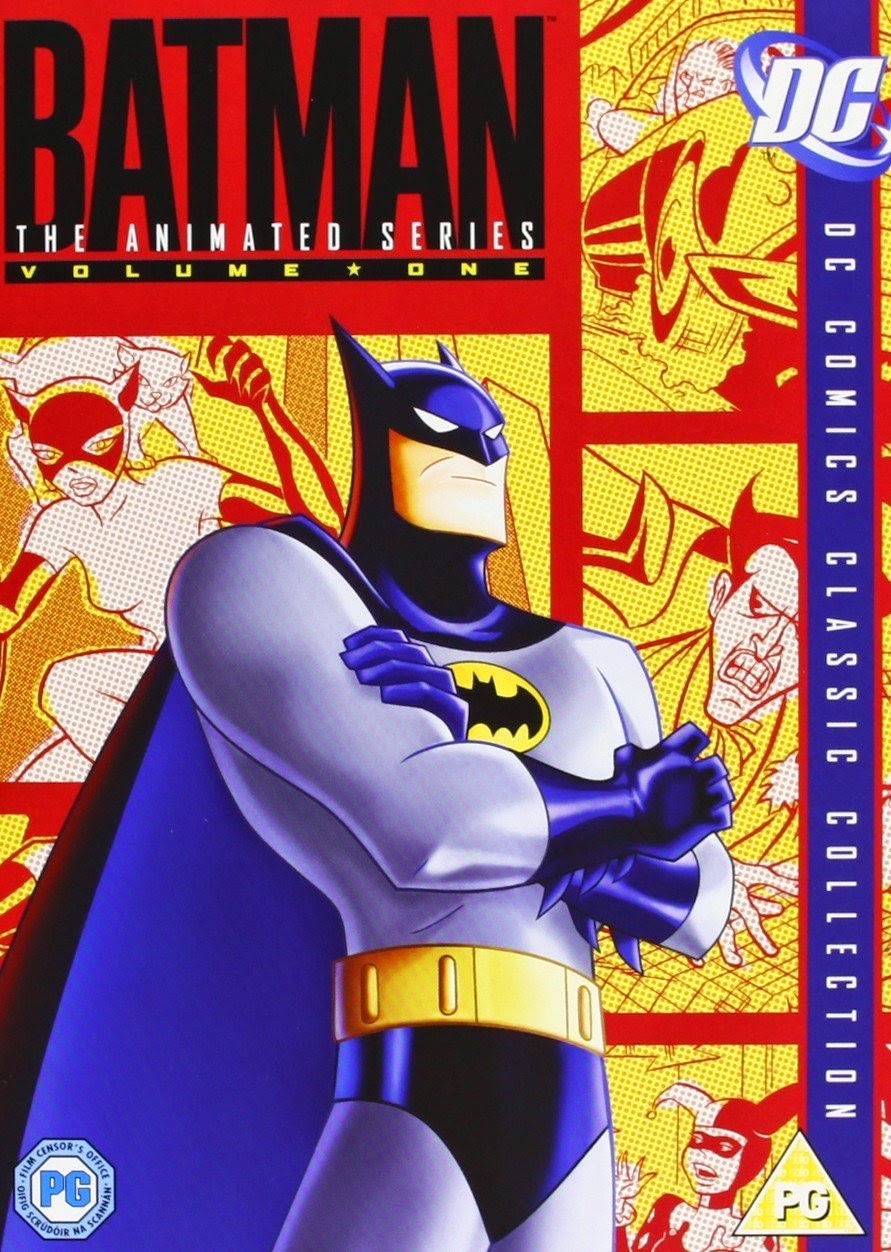 The series was immensely successful for three key reasons. The first is its visual design, which moves away from the traditional primary colour aesthetic of cartoons to something much darker. This was achieved by painting light colours on black backgrounds rather than vice versa and setting most of the action at night. The art style also draws heavily from the Burton movies' mixture of art deco and retro design with modern technology. Stylistically, Batman may be one of the coolest and visually engaging series ever made.

The second key to success is the writing. Whilst the show occasionally fumbles with a fairly obvious cops 'n' robbers story or an episode more suited to the 1960s Batman series,  for most of the time the writing is pretty smart. Whilst overt blood or scenes of death are avoided, the show also doesn't hold back on showing the psychological damage the characters have received and even manages to turn certain characters - Mr. Freeze most notably - into tragic figures. This extends to Batman himself, who suffers occasional bouts of trauma resulting from the murder of his parents. One episode imagines a fantasy world in which Bruce Wayne's parents lived and is appropriately tragic. The series also does a good job of hitting the right note of moral ambiguity, such as in Bruce Wayne's friendship with the doomed Harvey Dent and the depiction of Catwoman as both an ally and an enemy.

The third element of success is the voice acting. It's a remarkable feat given competition such as Jack Nicholson and Heath Ledger, but Mark Hamill's Joker is now widely considered definitive for his hitting of just the right note of demented insanity in his portrayal of the character. Kevin Conroy's Batman is also terrific, particularly his ability to adjust his performance so that Wayne and Batman have somewhat different voices and people don't recognise him immediately (an idea that carries on into the Nolan films and Christian Bale's performance). One-off guest stars are also excellent, with Adam West (who played Batman in the 1960s TV series) relishing a chance to give a serious performance as a childhood TV hero of Bruce Wayne's who helped inspire him to become Batman.

Episodes are fast-paced and engaging, action-packed enough to entertain children but with enough funny lines and smart moments of character-building to keep adults engaged. However, the show does suffer from a relaxed attitude to continuity. Aside from a few elements (Harvey Dent appearing several times before turning into Two-Face), the show doesn't have much of a developing story and characters appear and disappear randomly, particularly Robin. The show also mixes in-depth origin stories for some villains with others showing up and Batman apparently having known them for years.

The absence of heavy continuity means it's a lot easier to dip in and enjoy the show without having to pay too much attention to details, but it also means some of the much more complex character development of later animated series is missing.

Batman: The Animated Series (****) is a highly watchable and enjoyable show with or without kids, with some beautiful artwork and terrific writing. The absence of more serialised storytelling means some storylines and characters are not fleshed out as much as might be wished, but overall this is an animated series that has aged very well and is worth checking out.

This really is a great series.