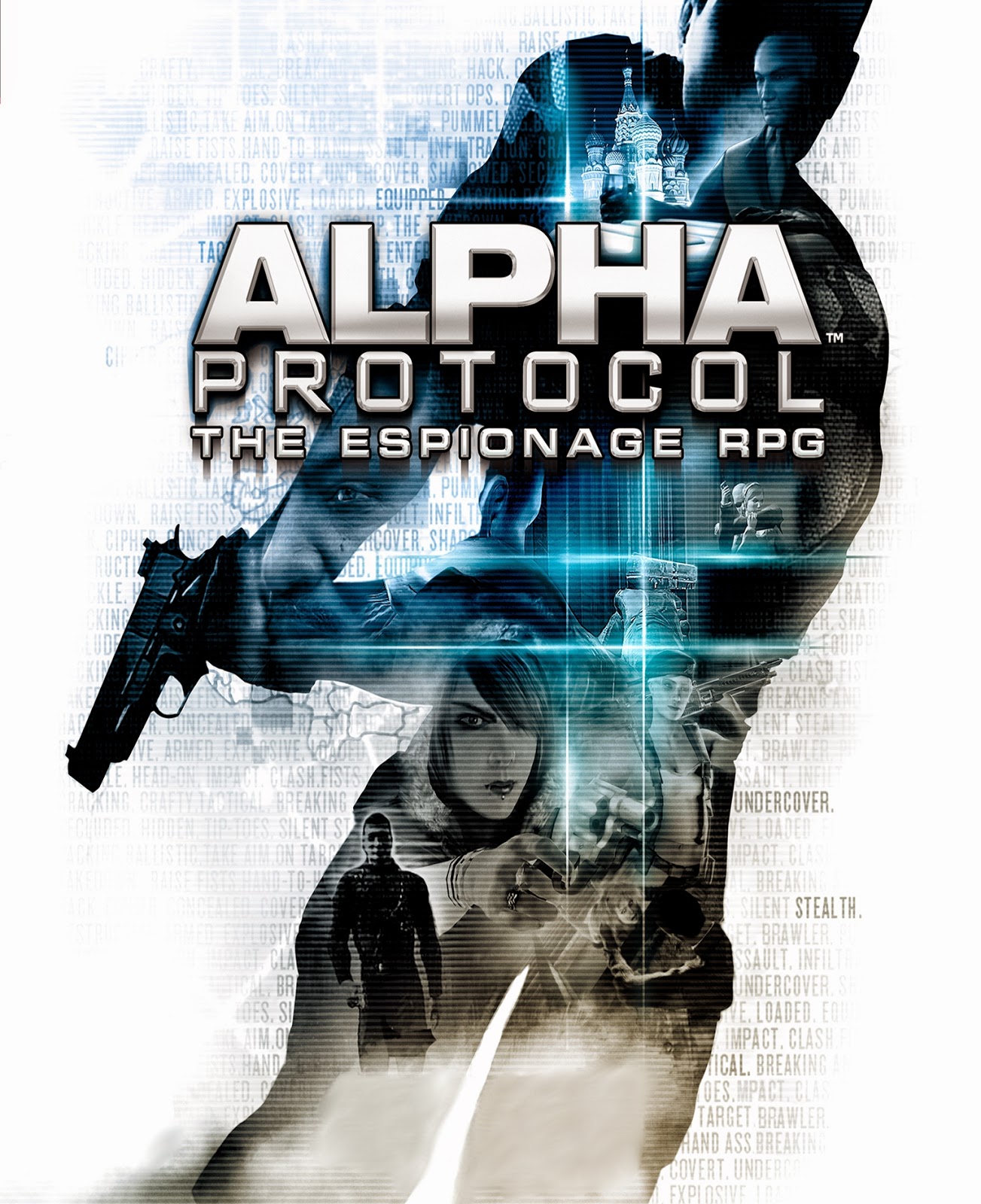 Alpha Protocol is a combat-focused, third-person RPG from Obsidian Entertainment, the developers of Fallout: New Vegas, Neverwinter Nights 2 and the recent South Park: The Stick of Truth. The game is more than slightly reminiscent of BioWare's Mass Effect franchise, with its reliance on cover-based combat and dialogue choices having a huge impact on how the game proceeds. Unlike the team-based mechanics of the Mass Effect trilogy, however, Alpha Protocol's hero Mike Thorton is a lone operator who has a wide array of stealth options to enhance his combat repertoire.

The game is structured around a series of missions in certain cities, including Rome, Moscow and Taipei. In each city Thorton has a home base where he can catch up on email, watch news reports (periodically updated to comment on the chaos caused by his latest operation) and buy new weapons and equipment. From each base he can rally out to do missions, which are sometimes nothing more than short cut scenes as Thorton tries to wheedle information out of someone else but are sometimes long and elaborate infiltration and combat operations. For each mission Thorton can attempt to achieve his objective through sneaking into locations without being seen, going in all guns blazing or attempt diplomacy (or some combination of the three). He also has the ability to hack security systems, remotely unlock doors or set traps. A levelling-and-skill system also gives Thorton a wide array of abilities he can upgrade to improve his chances of success.

The game is also heavily focused on characterisation. Thorton has a reputation with every character in the game, even enemies, and he can improve that reputation by saying the right things to them in dialogue. You can generally engage in conversations aggressively (inspired by Jack Bauer), suavely (inspired by James Bond) or professionally (inspired by Jason Bourne), with occasional extra options available if you have researched the right info about the character. Intelligence dossiers (bought through the black market or found on missions) hold clues as to how people will respond in certain situations, allowing you to manipulate them into helping you out. It's a clever system, enhanced by some satisfying dialogue (written by the mighty Chris Avellone) and some terrific, unexpected outcomes which radically change the way the story develops.

The game's reactivity is probably its best feature, with characters living or dying (sometimes taking entire storylines and occasional missions with them) based on your actions, or how you go about doing things. Alpha Protocol rewards replaying more than most games for this reason, with real consequences to your decisions. 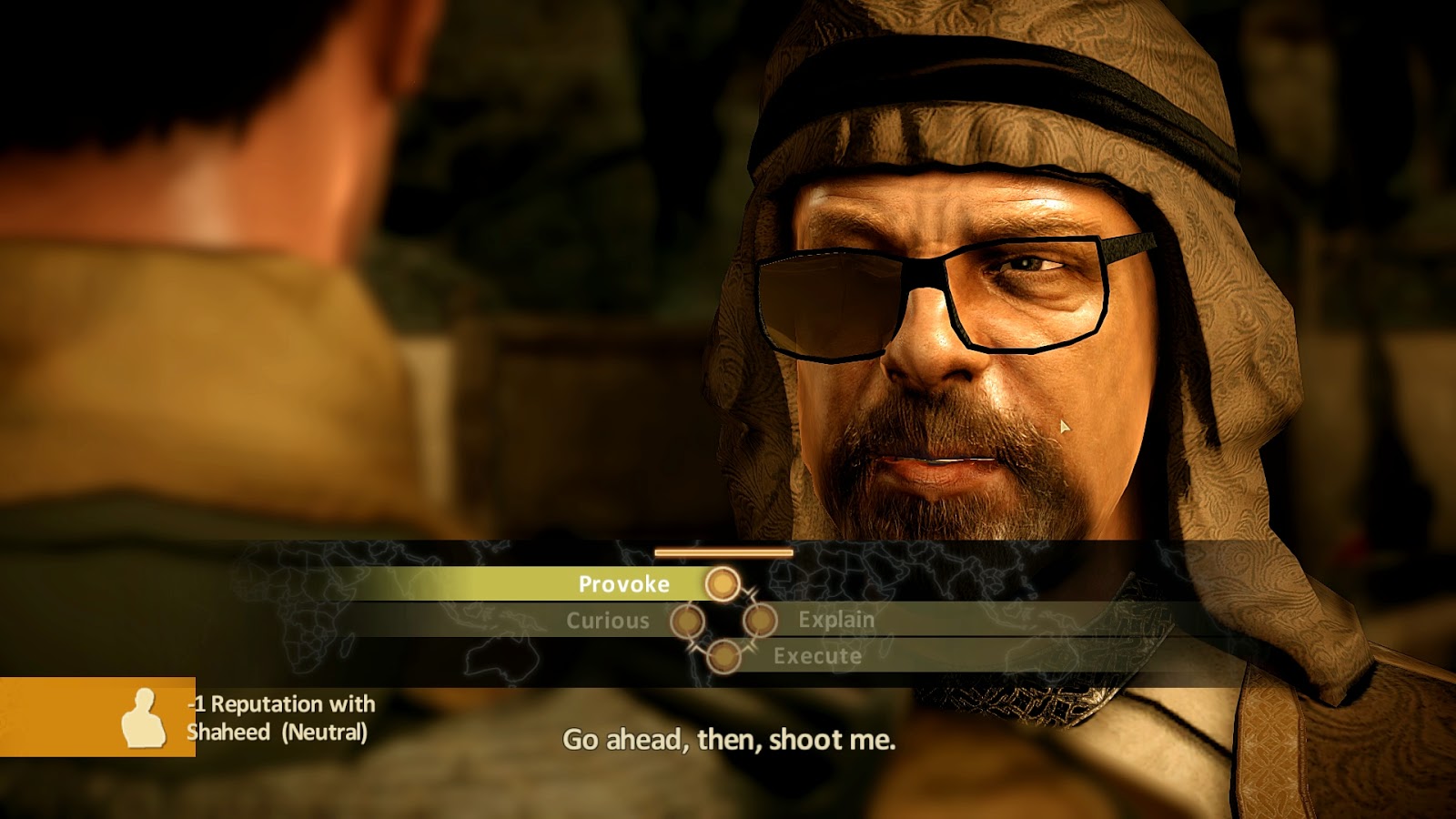 Unfortunately, whilst the plot is excellent and the characterisation is strong, the actual gameplay is occasionally wonky. Infamously, the game was released by Sega in a highly unpolished state, as they had refused to give the game a full QA or testing pass after taking the initial build off Obsidian's hands. Minor bugs - clipping, jumpy camera controls, the physics engine occasionally going berserk - occasionally blight the game but are easily ignorable. More severe are problems with the game not reacting properly to your actions. For example, my usual approach to a mission was to attempt stealth but by around 50% of the way through each mission I'd given up on that and was resorting to gunplay. Yet my version of Thorton soon gained a reputation as a ghost, with other characters reacting to my ability to slip in and out of places undetected with awe. Considering I'd left a trail of blood, fire, chaos and bodies across most of Eurasia behind me, this didn't really make sense. There's also the fact that - especially on PC - the hacking minigame suffers from such poor and unresponsive controls that it's almost unusable.

Combat is reasonable, although pouring points into stealth soon makes you almost invulnerable, able to attack targets at will and hide almost in broad daylight. The stealth part of the game is fun but also made too easy by unconscious enemy bodies vanishing after a few seconds, meaning you don't have to worry about them being discovered. Instant takedowns (lethal or not) are also possible if you take the target by surprise. Played the right way, combat can be trivially easy. There's also periodic bossfights which, depending on the game's whim are either brutally hard or ridiculously straightforward: many areas have blindspots where the bosses can't see you, allowing you to shoot them with impunity.

Alpha Protocol does have a reputation for being heavily bugged, although I did not find this to be the case. Minor bugs abound, but on only two occasions was I forced to reload. Out of a 15-hour game, that's not too bad at all. It's a game clearly in need of a few more months of polishing, but it's still perfectly playable to completion.

Alpha Protocol (****) is a fun, clever, well-written and smart game hampered by minor-but-constant gameplay flaws and a few broken systems. The game is highly replayable and has some great ideas, but in many ways it feels like an early prototype of a style of game that would be achieved with considerably greater skill by Deus Ex: Human Revolution. Alpha Protocol is flawed and underrated gem that is definitely worth a second look. The game is available now on PC, X-Box 360 (UK, USA) and PS3 (UK,USA).
Posted by Adam Whitehead at 20:55

Back when this game was originally released I was so stoked to play it! It sounded to good to be true.

Sadly - that's just what it was for me.

The control mechanics were just so overwhelmingly weak that it ruined the experience for me.

I'm probably forever stuck at a point crowded with the game's own horrible hacking and lockpicking and sparse checkpoints.