On Friday I ventured across the pond for the first time. Thanks to Wikia, I travelled to Chicago (via Toronto) to take part in a Game of Thrones fan panel at the C2E2 convention. 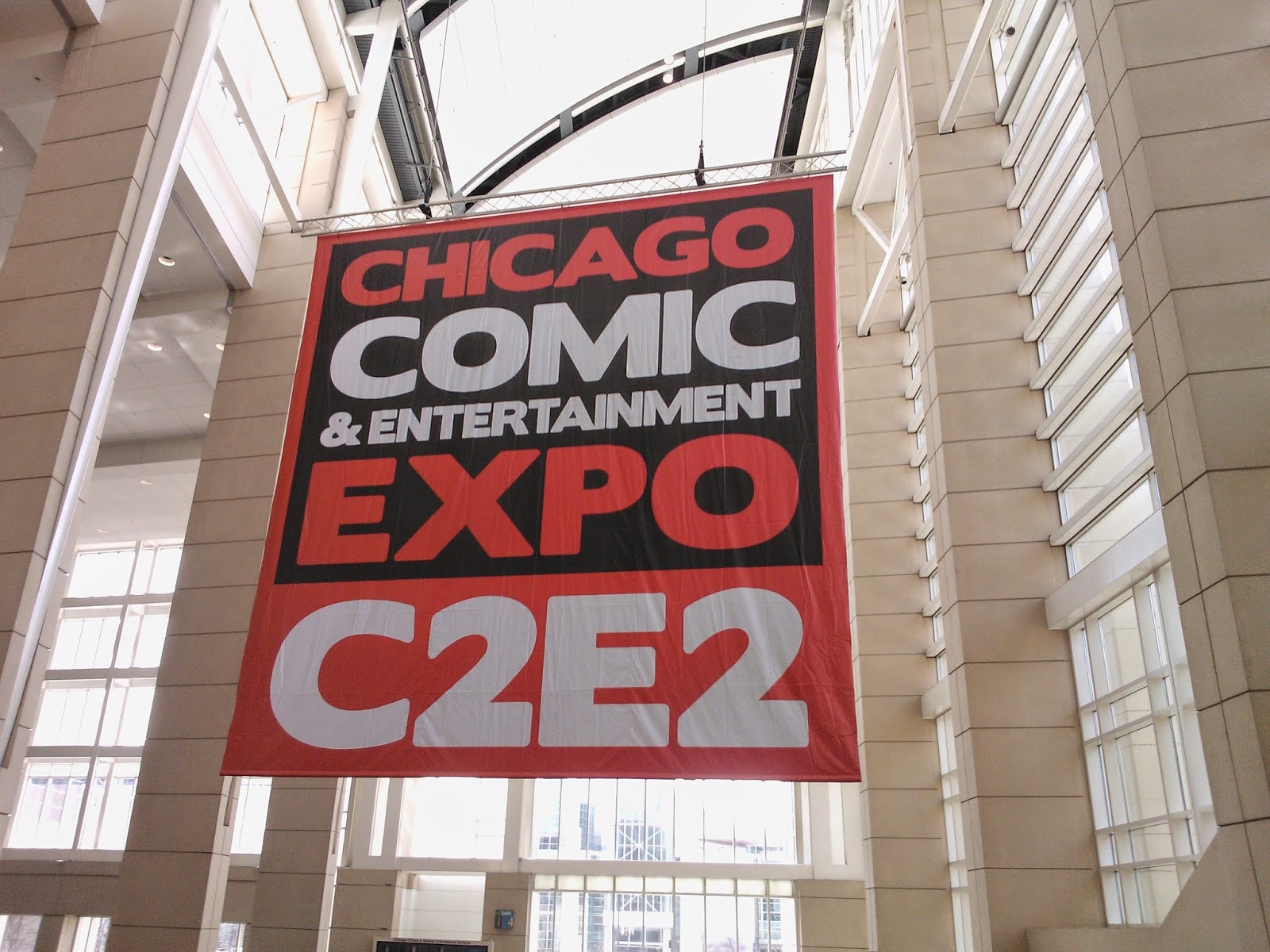 Eleven hours after leaving home (including the stop in Toronto) I finally arrived at Chicago's O'Hare Airport and was whisked by taxi the 20-odd miles to McCormick Place, where the convention was being held. For those unfamiliar with, C2E2 is a mass media SFF convention, essentially a Comic-Con, focused heavily on comics, movies and TV shows. There is a small book track as well, and I was briefly able to stop and say hi to John Scalzi and Patrick Rothfuss before pressing on with the Game of Thrones stuff. 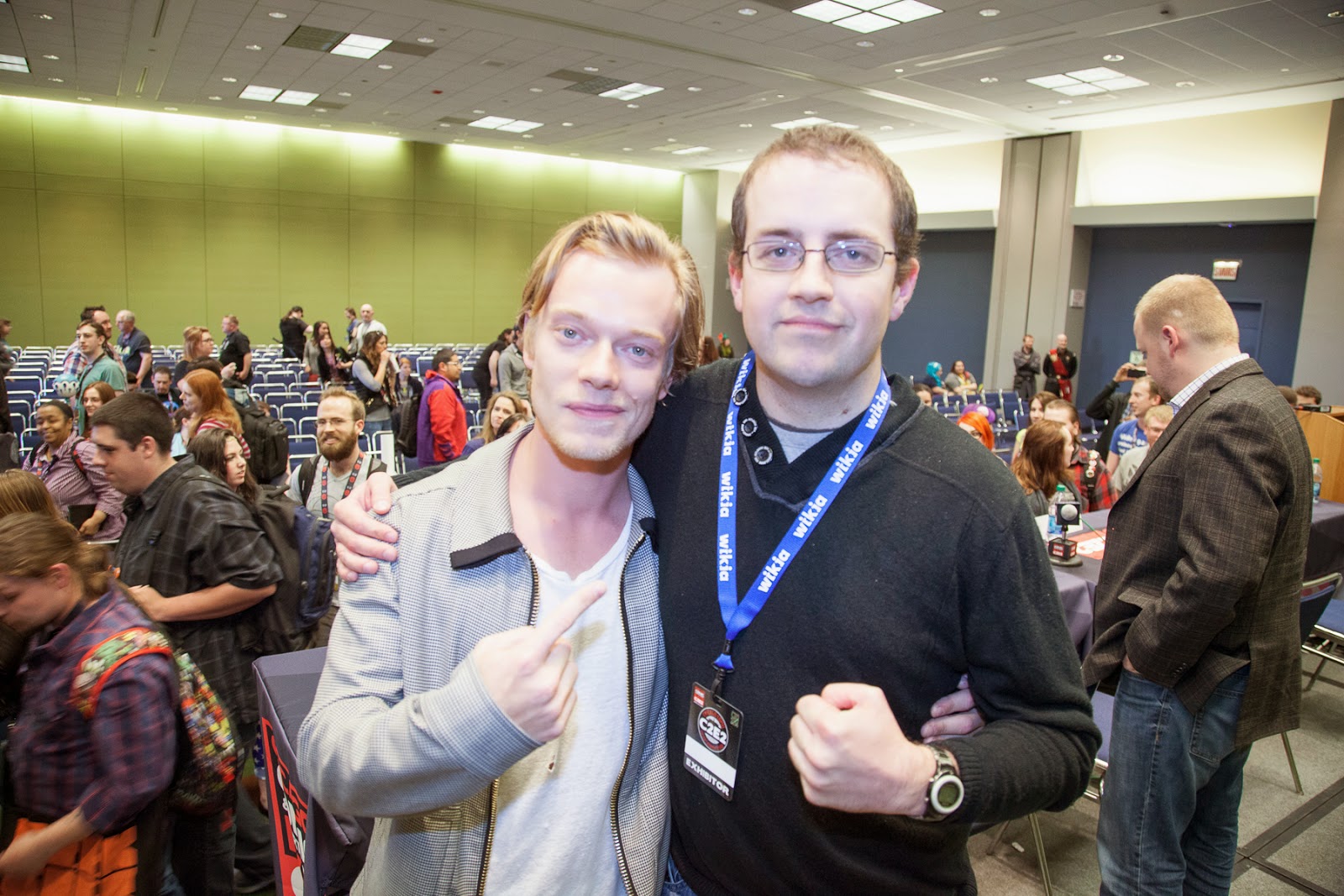 One of the several other hats I wear is the founder and admin of the Game of Thrones Wiki, which has reached a high of 12 million hits per week during this season. Wikia, which runs the whole network, wanted me to join in a panel on the show. Initially it was just going to be myself, Jamie Hari of the Marvel and DC Database Wikis and Alfie 'Theon' Allen, but we were eventually also joined by Kristian Nairn (Hodor) and Natalia Tena (Osha). The actors were fashionably late, which left myself and Jamie to hold down the fort with several hundred fans for the opening minutes. 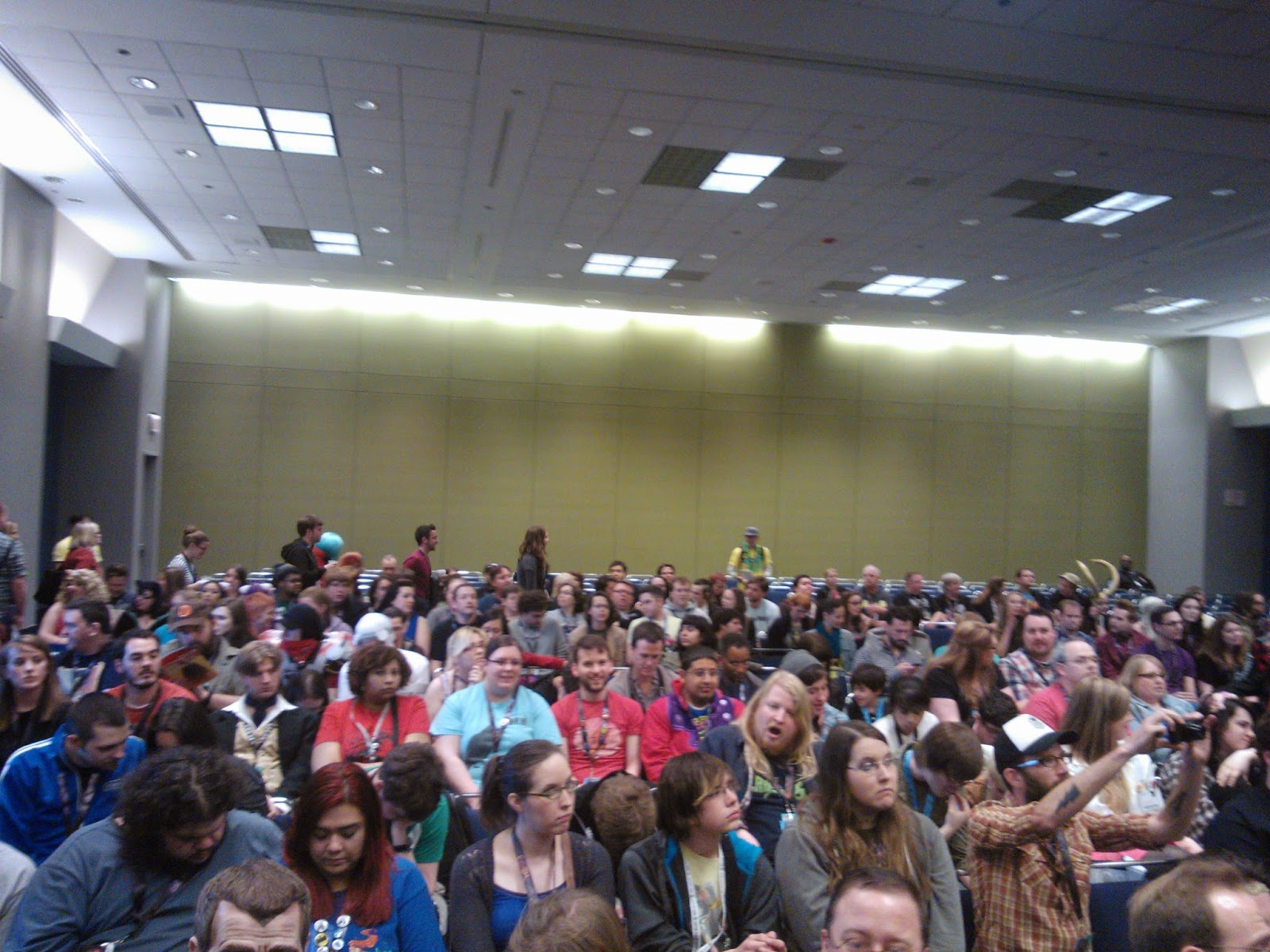 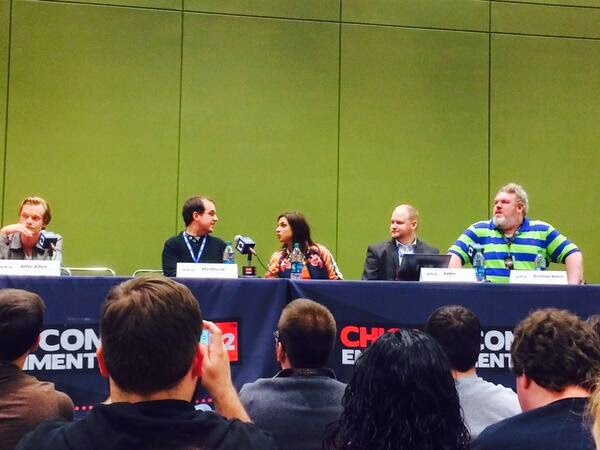 The panel seemed to be successful. Alfie talked about the process of playing such a damaged character as Theon and Kristian the various ways the directors have got him to act with such restricted dialogue. Natalia talked about the importance of the TV show as a separate entity to the books and the urgent need for male/female nudity parity in the show. I mused on the fan theory that Littlefinger is turning into Batman (the voice) and we threw it out there that Joffrey had faked his own death. 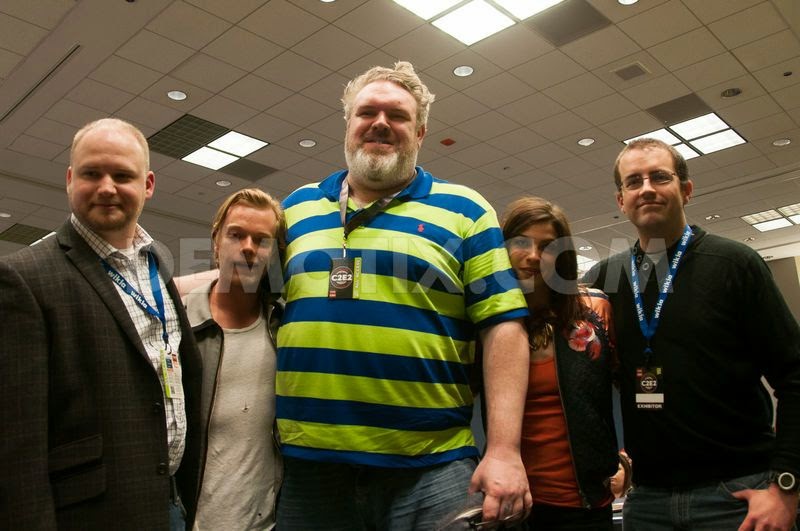 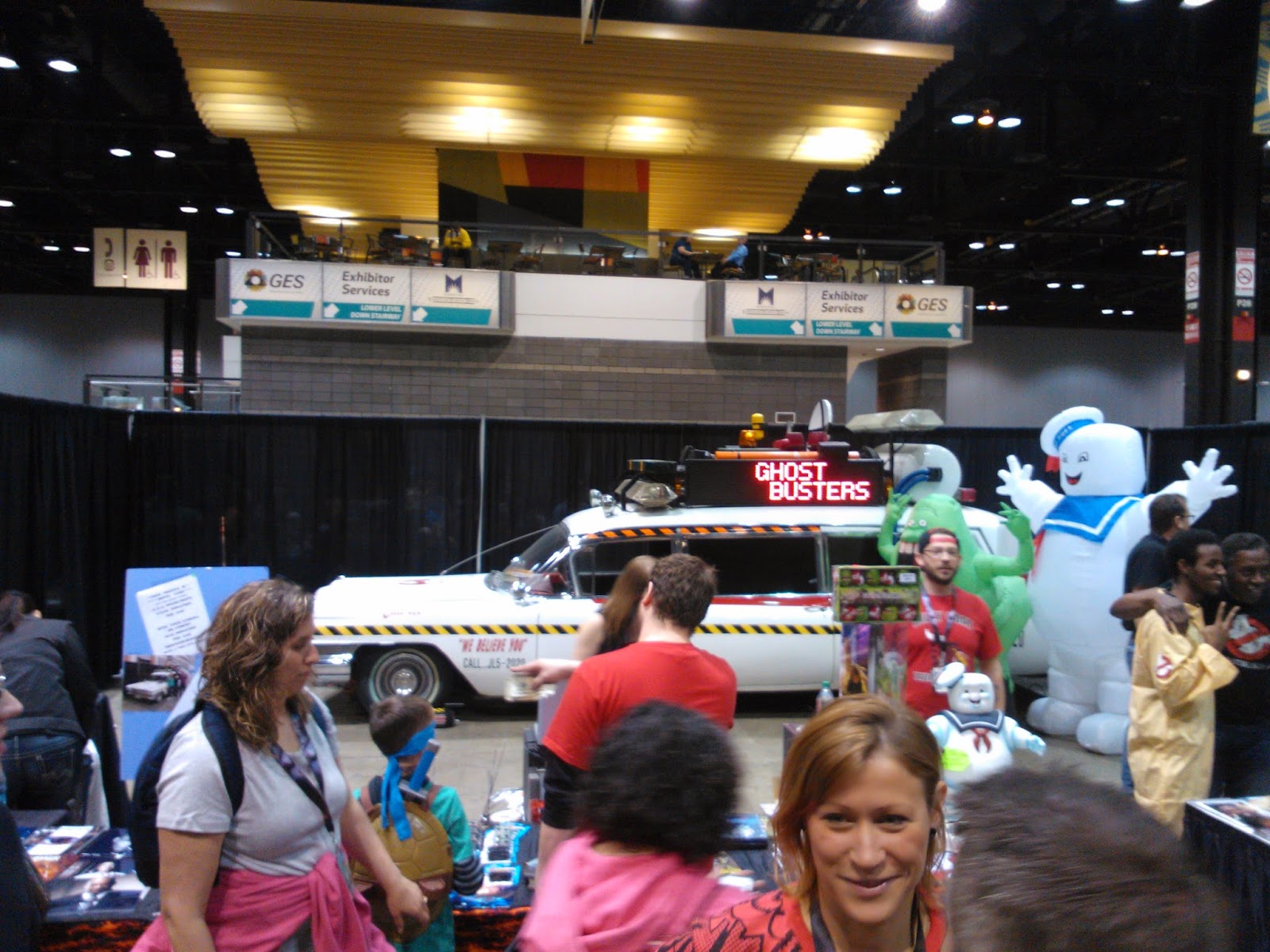 After the panel I had a chance to look around the rest of the convention. I got to see the original Ghostbusters ambulance and meet SFF legends Ernie Hudson (Ghostbusters, The Crow) and Tony Todd (Candyman and Worf's brother Kurn from ST:TNG and DS9). There was a lot of spectacular costumes around as well. The money and craftsmanship people put into their costumes was nothing short of jaw-dropping. 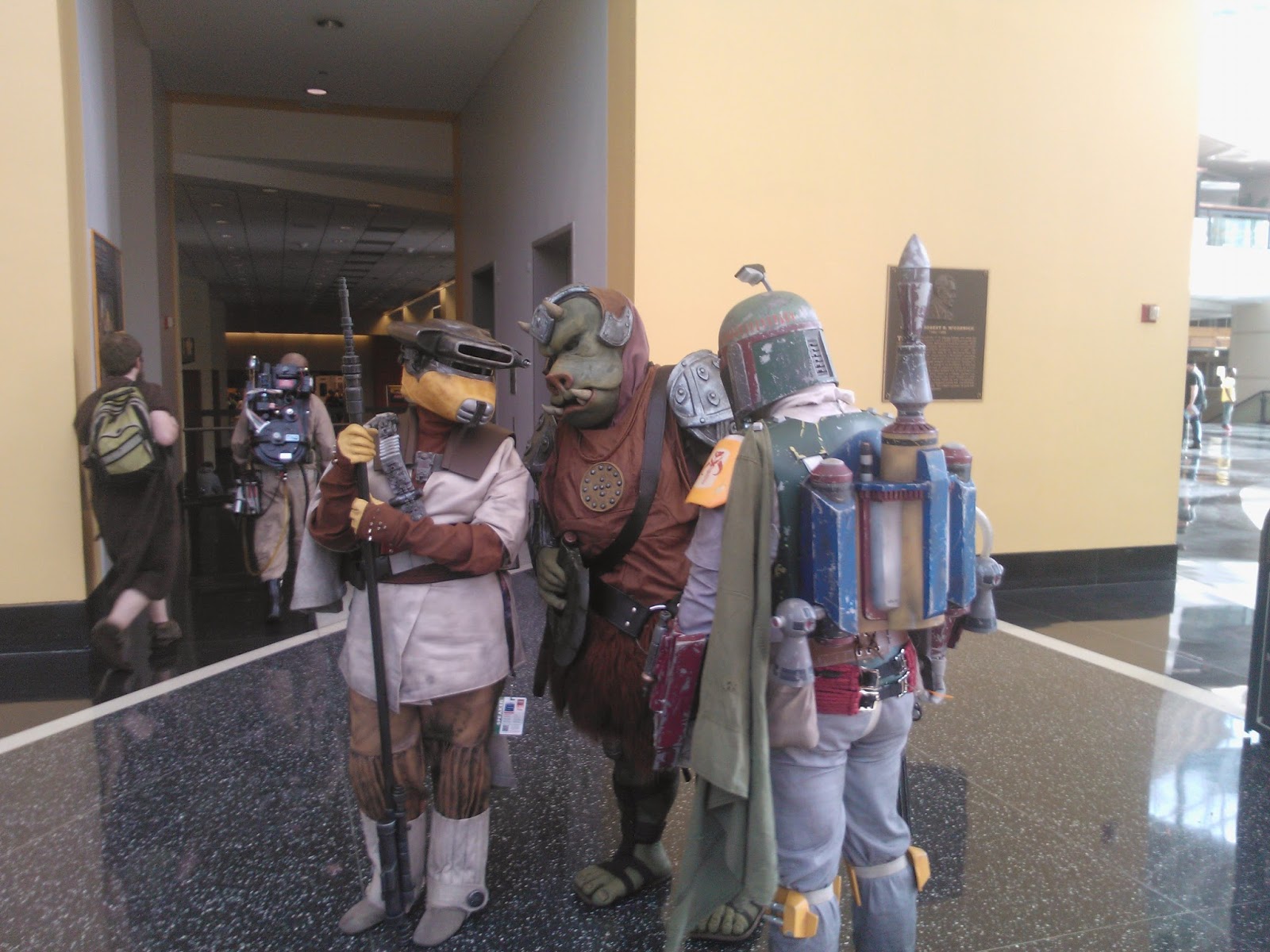 On the last day I got to meet Wheel of Time superfan Terez, who had a special surprise: a look at Robert Jordan's notes and papers that he had donated to the university of Charleston. There'll be a specific blog on this later on, but it was fascinating to see how the story evolved from the earliest outlines that Jordan wrote in the mid-1980s to the story that we got. 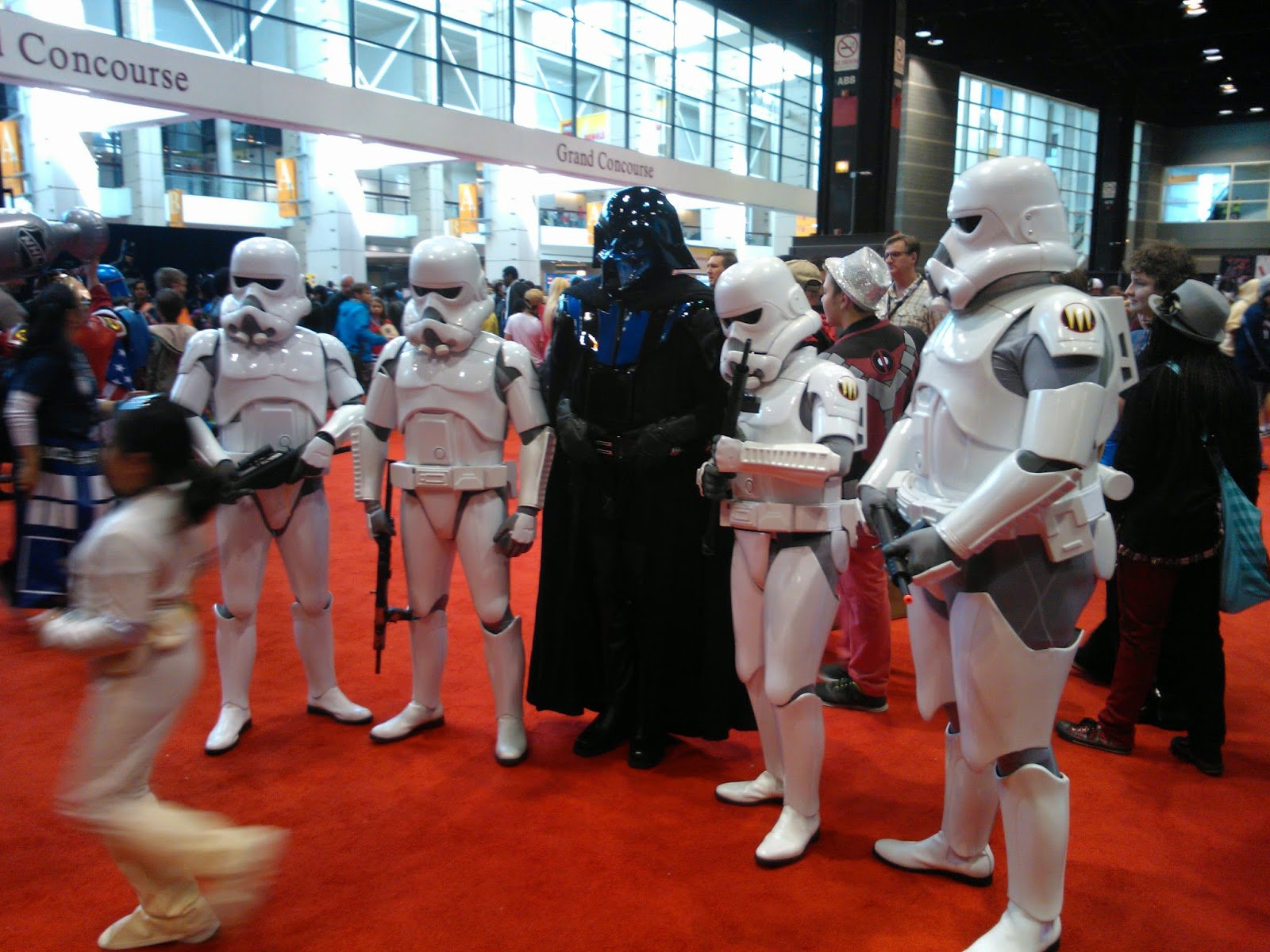 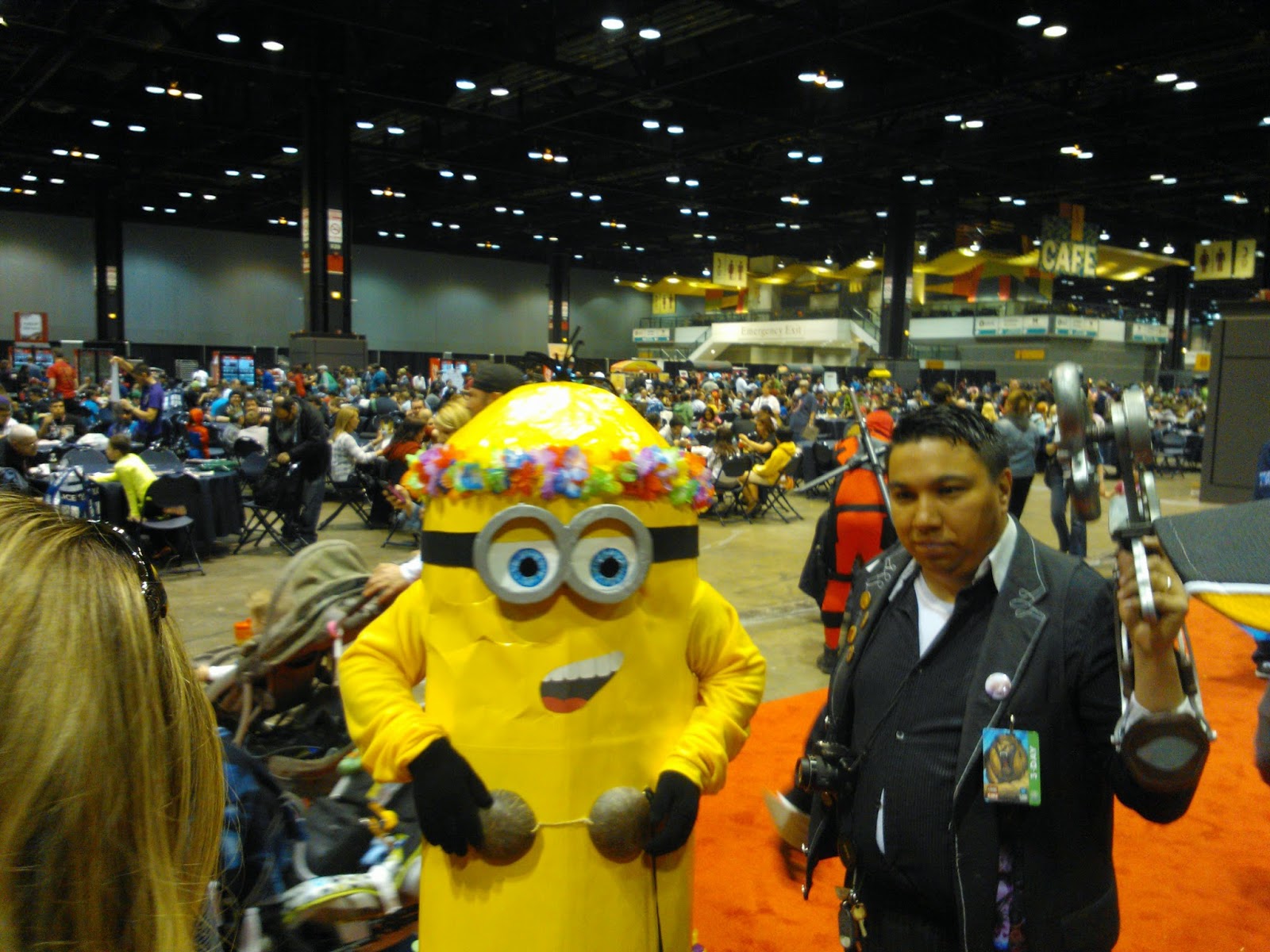 One major regret is that, after numerous restaurant and sightseeing recommendations, I didn't get out of the convention and hotel centre for the weekend, so I didn't see much of Chicago itself. 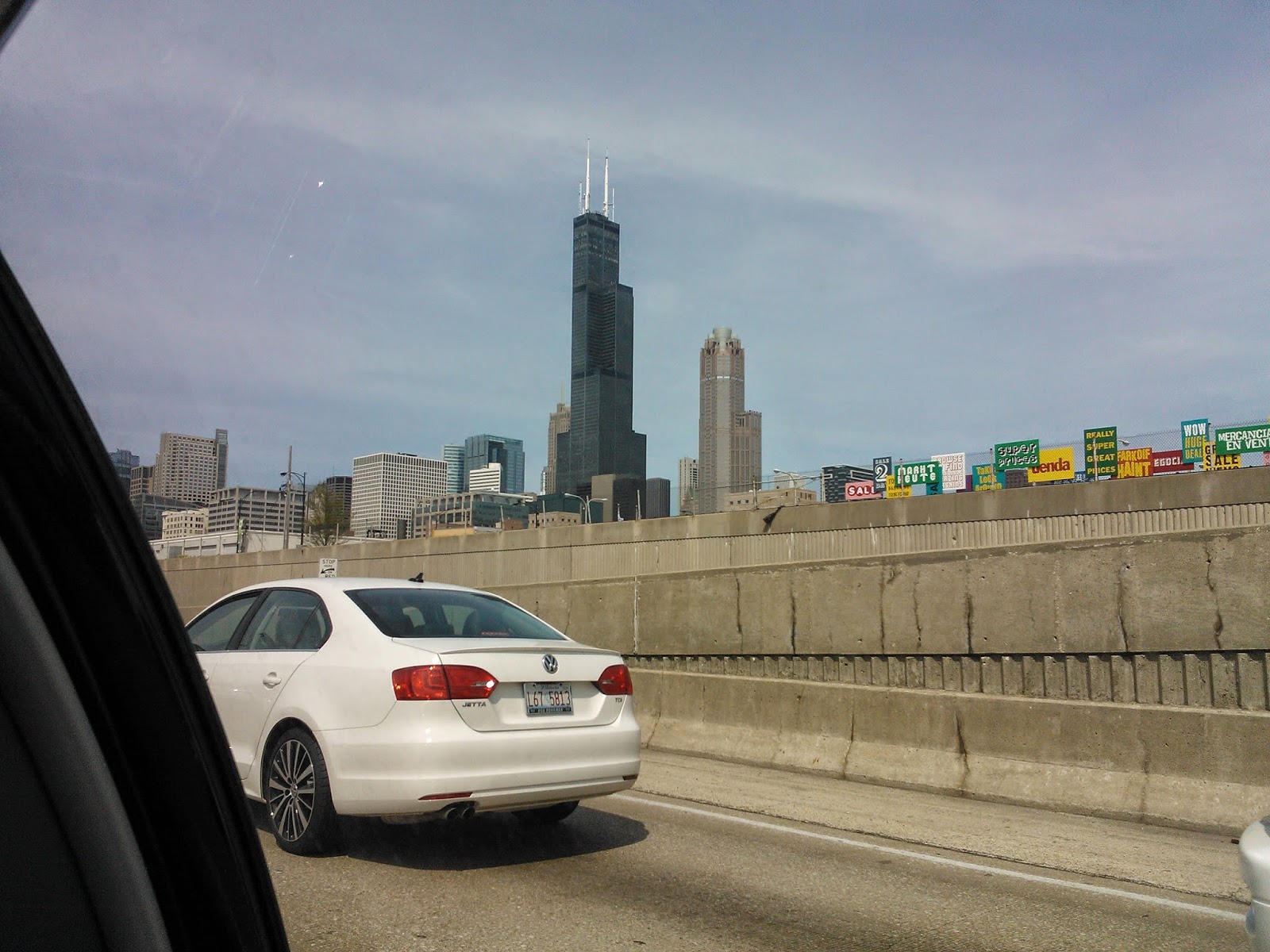 Then it was time for home (direct, this time and thankfully). Which would have been more fun if the plane hadn't suffered a partial electrical failure on the runway and then been delayed by 15 minutes by a brief groundstop for the whole airport, which left a lot of the passengers on-edge for the eight-hour flight home.

Still, a terrific experience. I enjoyed my first trip to the USA, brief though it was, and looking forwards to going back, hopefully for more than forty-eight hours next time.
Posted by Adam Whitehead at 12:16

There is nothing more exciting that sitting on a runway knowing that your going to be flying on a broken plane...

Sounds like you had a great time! I wish I could have joined you! :)

Wouldn't mind some of those restaurant tips if you have them handy as I'll be in Chicago in a few months for business.

I am so jealous you got to go. I know a few friends in Chicago who went as well and I'm so jealous that the cons in my city are so lackluster compared to Chicago. Bah

Did they answer any of the Q&A we submitted to Wikia via Game of Thrones Wiki? --The Dragon Demands

Great post! I would love to go to Chicago (I'm making plans to go to NYCC this year, though).

By the way, I've been reading most of your recent posts, and I really enjoyed your comments on Captain America: The Winter Soldier. I just wrote a short review about it; in case you're interested you can check it out here:

Have you see George Martin comment for defending role of violence and sex in him books
http://www.theguardian.com/books/2014/may/06/george-rr-martin-game-of-thrones-sexual-violence