The orc homeworld of Draenor is dying, so the powerful mage Gul'dan opens a dark portal to the verdant world of Azeroth. Durotan, warchief of the Frost Wolf clan, realises that Gul'dan himself may have destroyed Draenor with his dark magic and vows not to let him do the same to this new world. To this end Durotan proposes an alliance with the native human kingdom of Stormwind. King Llane is doubtful, but his greatest warrior and general Anduin Lothar is more willing to consider the proposal. But prejudice and the machinations of a traitor threaten the peace before it can even be given a chance. 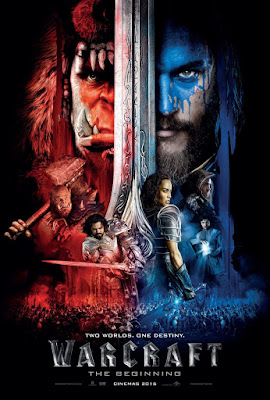 Blizzard Entertainment released their first WarCraft video game back in 1994. There have been twelve games released in total for the series (comprising three real-time strategy games, the online multiplay phenomenon World of WarCraft and various expansions), which is estimated to have sold well over 70 million copies, making it one of the biggest-selling video game series of all time. It's actually a bit surprising that it's taken this long for the franchise to move to Hollywood.

Sam Raimi worked on the project for a while before departing, unhappy that Blizzard would have a creative veto on the project. The next choice for director was a bit unusual: Duncan Jones, the director of the well-received Moon and Source Code. Both were good films, but both were also very small in scale compared to a massive, CG-infused fantasy epic. 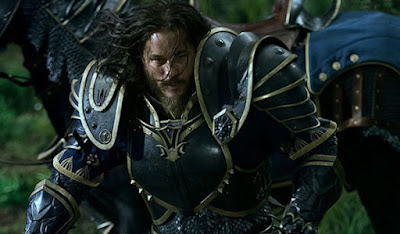 Jones turned out to be very good choice, as WarCraft is, unexpectedly, a perfectly fine piece of pulp entertainment and easily the best movie based on a video game to date (not, it has to be said, a high bar to climb).

WarCraft works because it goes back to the start of the story and adapts the events of the first game in the series, Orcs and Humans. This is a canny move because it avoids the epic exposition required to jump straight into the World of WarCraft storyline and because Orcs and Humans actually had a very slight narrative, covering big events in a very broad brush. This gives the movie enormous room to invent new storylines and characters whilst still telling the same tale.

This also means that the movie unfolds on a surprisingly small scale. Yes, there are some massive tracking shots of thousands of orcs, but there is only one big battle at the end of the movie and it's a fairly restrained fight between a few thousand men and orcs rather than a Pelennor Fields-style colossal mass-engagement. Instead the film focuses mainly on the parallel stories of Anduin Lothar and Durotan as they try to bring about peace between their races in the face of scepticism on both sides. Travis Fimmel brings his off-beat charisma from Vikings to play the role of Lothar with relish, whilst Toby Kebbell doesn't let the fact that his face is buried under CGI to prevent him from delivering a perfectly good mocap performance as Durotan, whose nobility and honour shines through. Special mention must be given to Paula Patton as Garona Halforcen. She has some really terrible makeup which stands out like a sore thumb compared to the CG orcs all around her, but she delivers a fine performance that overcomes such problems. Most of the actors, in fact, deliver above and beyond the call of duty with the possible exception of Ben Schnetzer, whose performance as Khadgar never really rises above the ordinary.

There's plenty of well-handled action sequences and a surprisingly indifferent attitude towards magic. Most fantasy movies portray magic as some difficult and awe-inspiring force, but WarCraft treats it as another facet of the world, which some people can manipulate and those who can't are still used to it being around. It's a refreshing change from a lot of fantasy films and one that is well-handled.

The film is absolutely bathed in CGI, which risks being alienating, but instead it's quite well-handled with some excellent shots. Jones is clever enough to never overwhelm the screen with polygons, instead making sure that every action beat is clear and easy to follow. It's all a tremendous relief for those expecting a Michael Bay-style disaster of jarring images and impenetrable visuals.

It's certainly not a perfect movie, however. Occasionally the lack of exposition (again, something that is initially refreshing) leaves the viewer unclear on the significance of what is transpiring, and the identity of the traitor to Stormwind isn't exactly a massive surprise. More problematic is that the film is very clearly set up as the first in a series, and a number of storylines end less on cliffhangers and more in mid-flow. The movie has done well on the international stage, but whether it's enough to warrant a sequel is unclear, especially since a movie based on WarCraft II: Tides of Darkness would require a significantly higher budget to handle its more diverse forms of warfare (which include sea and air-based battles), larger cast of characters and more detailed storyline. The rapid pace, thanks to a brisk two-hour running time, also means that some scenes abruptly end rather than being explored in more depth.

WarCraft (***½), dubbed WarCraft: The Beginning in the UK for some overly optimistic reason, is a fine slice of B-movie fun that rises up to be more than the sum of its parts. It falls very much into that Pacific Rim category of being a movie self-aware of its own silliness (contrary to some reviews, there's a very fine seam of dry humour running through the picture) and not letting its action scenes and budget overwhelm the characters and story. Well worth a look. It is available now in the UK (DVD, Blu-Ray) and USA (DVD, Blu-Ray).
Posted by Adam Whitehead at 17:20

I'm glad to see someone saying something positive about it. I thought it was a pretty good movie, too.

Not as bad as critics were saying, but nowhere the level of epicness or quality promised, like Game of Thrones or The Lord of the Rings. A solid 7/10.