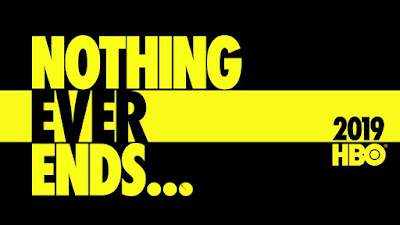 Lindelof's new take on Alan Moore's graphic novel is actually a sequel to the original graphic novel, catching up on the world in the wake of the events of the original story. However, this TV show will not have any relation to Zack Snyder's faithful (possibly too faithful) 2009 feature film version, with new actors taking up the roles from the graphic novel and new characters coming on board.

Although Snyder's film had some merit to it, such as solid casting and some good imagery - it's still easily his best film - it was also slavishly overly faithful to the graphic novel but also revelled in the violence. If anything, a fresh adaptation that was both slightly looser and also had more time to tell the story properly might have some merit.

As it stands, a TV show set thirty years after the events of the original story, presumably with the original characters missing or very old, feels a bit pointless.

It might be that the show has merit: Lindelof, for all the much-deserved criticism he gets for his handling of the J.J. Abrams Star Trek movies and Prometheus, did write some very good episodes of Lost (even if the last season had some issues) and his recent HBO project, The Leftovers, had an excellent critical and popular response. But it does feel that either an original, deconstructionist take on superheroes could have been attempted, or maybe a superhero property that hasn't had a relatively recent adaptation (such as Wild Cards).

As it stands, the purpose and appeal of this project remains somewhat head-scratching. HBO seem to planning on hitting the ground running on this project though, with the show planned to hit the screens before the end of 2019.
Posted by Adam Whitehead at 23:06

This exists solely for money. HBO has some great content, but its existence is questionable.

Seams meaningless to make show that is the sequel to a comic/movie most of the potential audience will have no knowlege of. Just because Watchmen is well known on the internet, doesent mean its well known among the general audience.

Lidelof has the reverse Midas touch.
This will suck and suck hard.

A lot of people said the same when Westworld was greenlighted. It's never a good idea to make preconceived judgements.