Over on his Facebook page, Steven Erikson has begun releasing images of his original Malazan maps, including maps created for the novels and for the original roleplaying campaign (beginning in 1982) where the world was created. That map and a cleaned-up version I created are as follows (click for larger versions): 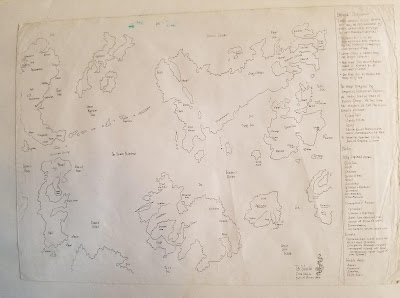 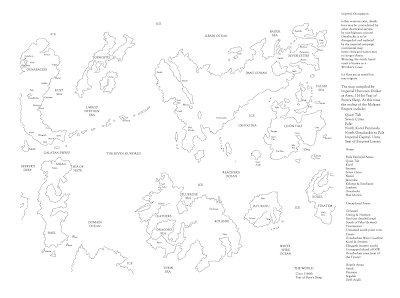 First up is his original world map. This map was created some time before work on the novels began in earnest (so probably late 1980s/early 1990s) and does not reflect some changes made for the books. The major differences are as follows:


New and probably still-canonical information from this map:

Erikson has also posted the first map he used for a roleplaying campaign involving the Bridgeburners. This campaign took place in north-west Genabackis, in and around Blackdog and Mott Wood. 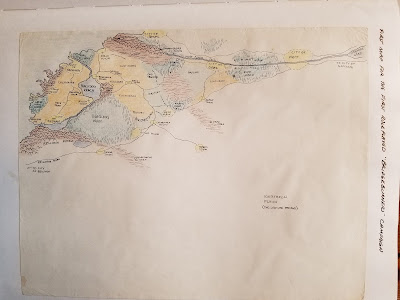 More maps are to come. It is interesting to note that the world maps D'rek created for the Malazanempire forum (and modified by myself) are very close to the original: 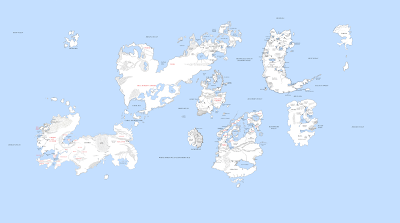 I recently covered the Malazan world in a series of maps over on Atlas of Ice and Fire. I get the sense I'll have to revisit these maps very soon.
Posted by Adam Whitehead at 12:13