Star Trek: Discovery has cast its own version of Mr. Spock, announcing that Ethan Peck will be playing the role in the upcoming second season of the show. 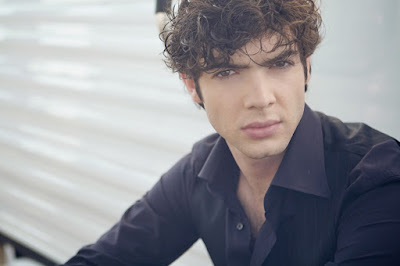 Peck will be the third actor to play the role in a major way, following Leonard Nimoy's 49-year-stint (from The Cage, filmed in 1964, to Star Trek: Into Darkness in 2013) and Zachary Quinto's portrayal in the J.J. Abrams-produced reboot movies starting in 2009. Quinto was expected to reprise the role in the upcoming fourth movie in the reboot series, but pay issues have put the future of that project in some doubt.

It was unlikely that Quinto was going to reprise the role in Discovery, partly because being set in different timelines may confuse audiences if the same actors play the same role, but mainly because the film and TV rights were split between Paramount and CBS over a decade ago and the two companies have been in competition ever since. With Quinto contracted to play the role for Paramount, it was inconceivable that they would release him to work for what they see as potential competition (especially as their movies have struggled financially, whilst CBS All Access has credited Discovery with a large boost in their subscribers, with Netflix also reporting solid international numbers). This was seemingly confirmed when Anson Mount was cast as Captain Pike, a role played by Bruce Greenwood in the reboot movies.

Peck is the grandson of Gregory Peck. His highest-profile role to date was playing Patrick Verona on 10 Things I Hate About You. He has also appeared on Gossip Girl, That '70s Show and Madam Secretary. To win the role of Spock, he had to meet with and win the approval of Leonard Nimoy's family, including his director son Adam (who is also married to former Deep Space Nine actress Terry Farrell).

I refuse to accept or watch these recastings. So much of what we loved about the characters is tied to the performance of the actor. These are not iconic characters like King Lear or Hamlet or Hercules, even.

Now, I'm off to chase some kids off my lawn.