Henry Cavill, who currently plays Superman in the DC Universe movies, has expressed interest in playing the role of Geralt of Rivia in Netflix's upcoming Witcher TV series. 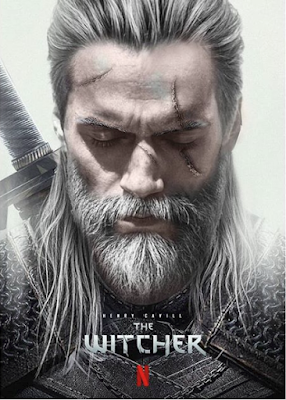 Fans are already on the case (Source: Bosslogic on Instagram)

Cavill has declared himself a huge fan of the franchise, having played the video games (recently completing a second playthrough of the enormous Witcher 3: Wild Hunt) and read the novels by Andrzej Sapkowski.

Fans have put forward many names for the role of Geralt in the TV series, with suggestions ranging from Black Sails and The 100 star Zach McGowan (who has also expressed an interest in the role) to Mads Mikkelsen, possibly as an older version of the character. Given that Sapkowski is Polish, the mythology of the series is informed by Polish sources and that the show will shoot in Poland, Polish actors have also been put forward, most notably Marcin Dorociński.

With casting reportedly getting underway in the next month or two, Witcher producer Lauren Hissrich may find herself with a bit of a queue of known Hollywood names forming, which is an nice problem to have.
Posted by Adam Whitehead at 19:20

He also played Theseus in the movie Immortals from 2011, and did as decent job in the latest Mission Impossible. So he can do action scenes, and Theseus had some good ones.

IMHO Ron Perlman would be awesome, if a little old now.