MR. ROBOT to conclude with its fourth season

The USA Network has confirmed that the fourth season of Mr. Robot will be the last. The season is currently shooting and is expected to debut in early 2019. 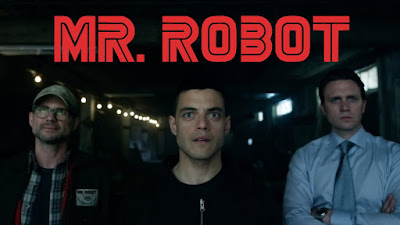 Mr. Robot began airing in 2015, with its first season airing tremendous critical acclaim. The second season met a cooler reception, but Season 3 (which I have still to watch) was praised as a return to form. The show was renewed for an 8-episode fourth season a few months ago with a view for a short fifth season to follow, but creator-producer Sam Esmail decided that it made more sense to finish the story as soon as possible. Season 4 has therefore been extended to 12 episodes to found off the story.

The news makes sense as the talent involved in the show has started finding itself in demand elsewhere. Sam Esmail is executive producing Homecoming, a new psychological thriller starring Julia Roberts, which is set to launch on Amazon TV in November. Star Rami Malek is also picking up advance positive noises for his portrayal of Freddie Mercury in the biopic Bohemian Rhapsody and is already in demand for other projects.