HBO have announced that four additional roles (plus one I missed earlier) have been cast for the second season of Game of Thrones. 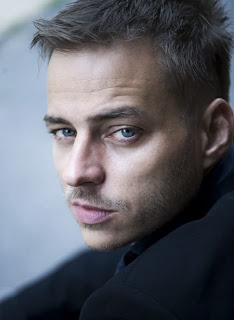 Tom Wlaschiha is an experienced German actor, best-known to English-speaking audiences with recent roles in Valkyrie, Brideshead Revisited and The Sarah-Jane Adventures, as well as minor roles in Munich and Enemy at the Gates. He has a formidable array of German credits to his name as well. 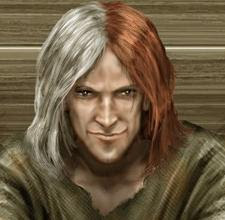 Wlaschiha is playing the role of Jaqen H'ghar, a fan-favourite character debuting in the second novel. H'ghar is another of Yoren's recruits for the Wall, dredged out of the dungeons of the Red Keep. It's widely speculated that the hooded figure in the carriage in the final episode of Thrones' first season was H'ghar, played by an extra with his face strategically hidden. 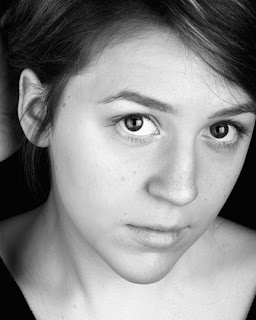 Gemma Whelan is a young British actress and comedian, who has recently appeared in the films Gulliver's Travels and The Wolfman (note that some sites have reported her casting with pictures of her co-star in that movie, Emily Blunt, which is erroneous). Last year she won the Funny Woman Variety Act Award at the Leicester Square Theatre for her stand-up character, Chastity Butterworth. 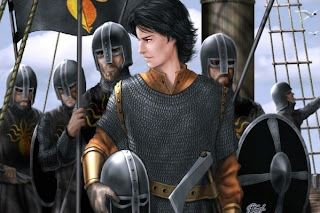 In Thrones, Whelan has been cast in the role of Asha Greyjoy, the sister of Theon Greyjoy. To the disgruntlement of fans, her name has been changed to 'Yara Greyjoy', to avoid confusion with Osha. However, fans have pointed out her name is now rather similar to that of Arya Stark, and that Osha's name has not been given on-screen. Asha/Yara is the only one of Lord Balon Greyjoy's children to have survived and remained at home in the Iron Islands, where she has risen to command ships and men in battle (to the disgruntlement of some of the more traditionalist ironborn lords). Theon hasn't seen his sister in nine years. 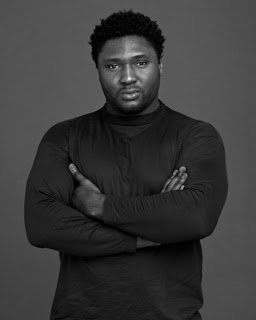 Nonso Anozie is a British actor with a lengthy resume. He has appeared in films such as The Last Legion, Atonement, RocknRolla, Nanny McPhee and the Big Bang and the upcoming Conan the Barbarian reboot. On stage he is notable for being on the youngest actors to ever play King Lear in a professional production, and in 2005 won the Ian Charleson Award for his portrayal of of Othello. 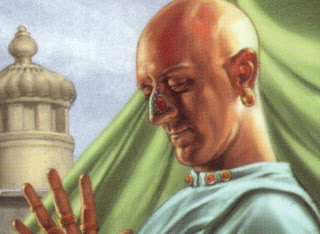 In the series he will be playing Xaro Xhoan Daxos, a merchant prince of Qarth, the great city that guards the straits between the Summer Sea and the Jade Sea, more than two thousand miles east of Westeros. Xaro is one of the Thirteen, a powerful and influential trade guild, and becomes acquainted with Daenerys Targaryen and her retinue. In the novels, the Qartheen are notably described as pale-skinned, whilst for the TV series HBO seems to be casting them with actors of colour. Whilst some fans have grumbled about the deviation from the text, it's actually always been odd to me that the inhabitants of Qarth - a city on a latitude further south than Dorne and not far north of Sothoryos (GRRM World's Africa) would be so pale-skinned given their climate. Regardless, Qarth is also described as a vibrant and multi-cultured city, the gateway to the far east of the world, and, most importantly, Xaro's ethnicity has no bearing whatsoever on the story. Kerr Logan is a British actor, born in Northern Ireland and based in London. He trained with RADA and Thrones is his first television role.

Logan is playing the role of Matthos Seaworth, the third son of Ser Davos Seaworth (Liam Cunningham). Matthos, like his father, is a loyal servant of the newly-crowned King Stannis Baratheon. Matthos is a crewman on Davos' flagship, the Black Betha, and an accomplished sailor in his own right that Davos is grooming for his own command. 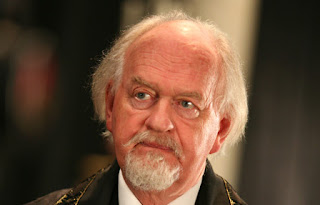 An earlier-announced role I missed at the time: Oliver Ford Davies is a British actor best-known for his role as Sio Bibble (a senior politician on Naboo) in all three prequel Star Wars movies, though his CV features many more roles on stage and screen. In film he has appeared in Mrs. Brown and Sense and Sensibility, and on stage has won a Laurence Olivier Award for his role in Racing Demon in 1990. 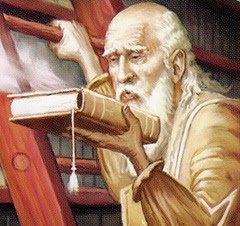 In Thrones, Davies plays Maester Cressen, the maester at Dragonstone, Stannis Baratheon's stronghold. Cressen is a lifelong servant of House Baratheon, helping to raise the infant Renly when his parents were killed and advising Robert and Stannis loyally for decades. He is a good and trusted friend of Ser Davos Seaworth as well. Cressen is advanced in years and has been dispatched an assistant maester to be trained up to take over when he dies, something Cressen mildly resents.

Some pretty good casting choices there, a mix of newcomers and somewhat familiar faces. Major roles for Season 2 still to be cast include: Lord Balon Greyjoy, Ser Edmure Tully, Lord Hoster Tully, Lord Roose Bolton, Craster, Qhorin Halfhand, Ygritte and possibly Vargo Hoat and Ser Amory Lorch, not to mention Jojen and Meera Reed. Filming is currently in its second week in Northern Ireland, with some scenes on Dragonstone, in Winterfell and in the Stark army camp already in the can.

do you know if GRRM has any input into such matters or has he given his work over to the TV-guys and walked away?

It must be a fascinating business to cast your own characters.

My only insight comes from Comicbook-Guy casting Homer as Everyman...

My friend was one of the Stark guards.

Apparently the wolves are to be created digitally for this series.

They did have a real wolf but only as a point of reference for the actors, which will then be removed and replaced with a cgi replica.

I await a return on my application to be an extra...

Also Reek still needs to be cast (reek reek it rhymes with weak)! Very interested to see who'll be playing that character.

GRRM sees all the casting tapes and gives his notes to the producers. Sometimes they agree with him and sometimes they don't, but he has his say. It's also interesting that some casting that seemed a bit controversial to the fans (aging up a lot of the characters, aging Osha down) was in fact approved or even suggested by GRRM himself.

I would really be surprised if they cast Armory Lorch. His role can perfectly be filled out by the already known Gregor Clegane, who definitely needs some more atrocities on his vita to appear disgusting enough. And why shouldn't Arya run into him later to his personal concentration camp village? No Armory Lorch needed to confuse the audience, and to be honest, the character isn't developed much in the books too.

Conan Stevens - Gregor - is currently filming THE HOBBIT and SPARTACUS Season 2 in New Zealand. It might not be an issue, but any possible scheduling problems about him flying back and forth from New Zealand to Ireland can be resolved by simply having him sit out most or all of Season 2 and having his storyline taken over by Amory Lorch, then bringing him back for the third or fourth season for a certain duel.

It depends on Stevens' availability. If they can get him back to Northern Ireland for THRONES S2 with no problems, then it's not an issue.

Hey Wert I was wondering if you had come across this article about game of thrones on the foreign policy site. Some over the top comparisons to real-life events but an interesting discussion nonetheless:

Great news on Roy Dotrice. I was bummed to hear that he wasn't going to be in the 1st season, but I think this is a great move that will really benefit the series as a whole. For the most part, I think the casting has been very strong.

I think the casting of Roy Dotrice is a great move. It was unfortunate that he didn't make the 1st season, but at least they got him for the 2nd. Thanks for the info, The Wertzone.

I'm surprised, but not displeased, that the series is giving any attention to relatively minor characters like Cleon Frey (even though he becomes a Lannister) and Matthos Seaworth. I, too, find it odd that to avoid confusion with "Osha" they changed Asha's name to one easily confused with "Arya", but as long as they get the character right I won't complain.