Three castmembers from Game of Thrones have been recruited to record audiobook versions of George R.R. Martin's earlier work. 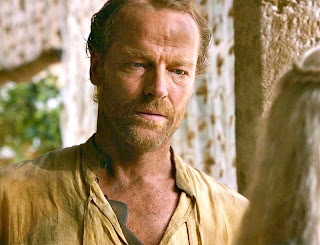 Iain Glen, who plays Ser Jorah Mormont, will be recording Dying of the Light, Martin's debut novel. Published in 1977, the book chronicles the reunion between a man and his first love on a rogue planet disappearing into the endless night of space. 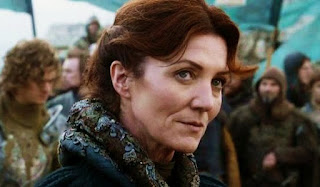 Michelle Fairley, who plays Catelyn Stark on the TV series, will be recording Windhaven. This novel was a collaboration between Martin and Lisa Tuttle, originally published in 1981. It is set on a planet of numerous, small islands where strong winds allow 'flyers' - people wearing wings of superstrong, light material from their ancestors' crashed spaceship - to move between islands quickly. 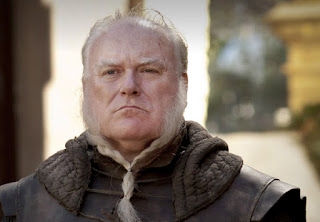 Finally, and most appropriately, Ron Donachie, Ser Rodrick Cassel on the show, will be recording Fevre Dream, Martin's classic 1982 vampire novel. Donachie himself read the novel some years before being cast on Game of Thrones and was a huge fan. He has been suggested for the role of Captain Abner Marsh, the novel's main character, should it ever be made into a film.

In the same blog entry, Martin also reveals that The Armageddon Rag will almost certainly never be an audiobook, due to the difficulties of clearing the music used in the novel.
Posted by Adam Whitehead at 21:44

So the sister of Lyssa Tully is reading a book co-written by Lisa Tully? I hope it's not just me who finds that amusing.

I thought Lisa Tully was too good to be true, and it was - it's Tuttle.

Iain Glen plays really well, i wonder if they are about to change Deny's storyline again and avoid his exile to give him more screen time.