I'll be making my first visit to the USA next weekend (and Canada, though that will consist solely of gazing moodily at Toronto Airport's tarmac for two hours). In my capacity as founder of the Game of Thrones Wiki, I'll be attending the C2E2 convention in Chicago and will be taking part in a fan forum discussion panel on Game of Thrones, with some fellow members of the Wikia network and Kristian 'Hodor' Nairn. 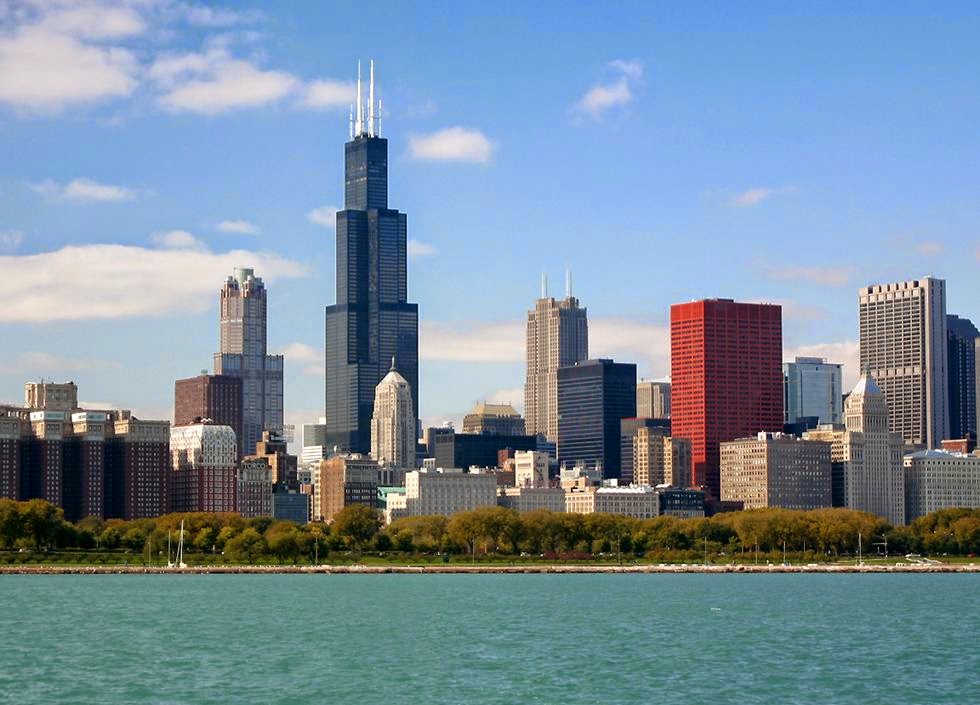 Hopefully I'll have time to see a bit of the city around the con, as it's going to be a flying visit (involving two transatlantic flights in less than 48 hours, which is going to give me some fun jetlag when I get home). And hopefully I'll see some other GoT fans at the event, which should be a lot of fun.
Posted by Adam Whitehead at 12:46

If time permits you have to go to a Cubs game at Wrigley Field. Search for tickets now. You also need to buy a Chicago Bears hat.

BTW, why no article regarding Robert Jordan's notes?

Brilliant! Chicago is a fantastic city. I hope you get a chance to walk around a bit.

Nice. Chicago's a great city. Make sure you hop on the el(evated train). It's a great way to see Chicago if you only have a few hours, and you can hit all the key areas for $2-$3. Hopefully you'll meet someone familiar with the city. I wouldn't just hop on blindly!

Didn't realize you've never been to the U.S. Very cool! I grew up in Michigan (live in Florida now), but always wanted to visit Chicago. Hopefully the weather will be nice when you arrive. Should be a great time!

Excellent! Wish I was going to see it, but best of luck in all of it!

"BTW, why no article regarding Robert Jordan's notes?"

By a completely random coincidence, I'm meeting up with some people in Chicago on the Sunday to discuss that stuff in person :)

You should hit up Portillo's while you are there. They have really good Chicago-style food there. Also, Chicago is known for deep dish pizza, so be sure to try that too.

Make sure to try out some Chicago-style pizza

Awesome! Hope you have a good time!

>Sir, did you happen to catch the professional football contest on television last night?

>Oh sir, the Giants of New York took on the Packers of Green Bay. And in the end, the Giants triumphed by kicking an oblong ball made of pigskin through a big "H". It was a most ripping victory.

>Son, I'm only going to tell you this one time.

>If you want to keep working here, stay off the drugs.