Gollancz have confirmed the details of the three novels they are publishing to tie-in with the launch of the new space trading/combat game Elite: Dangerous. 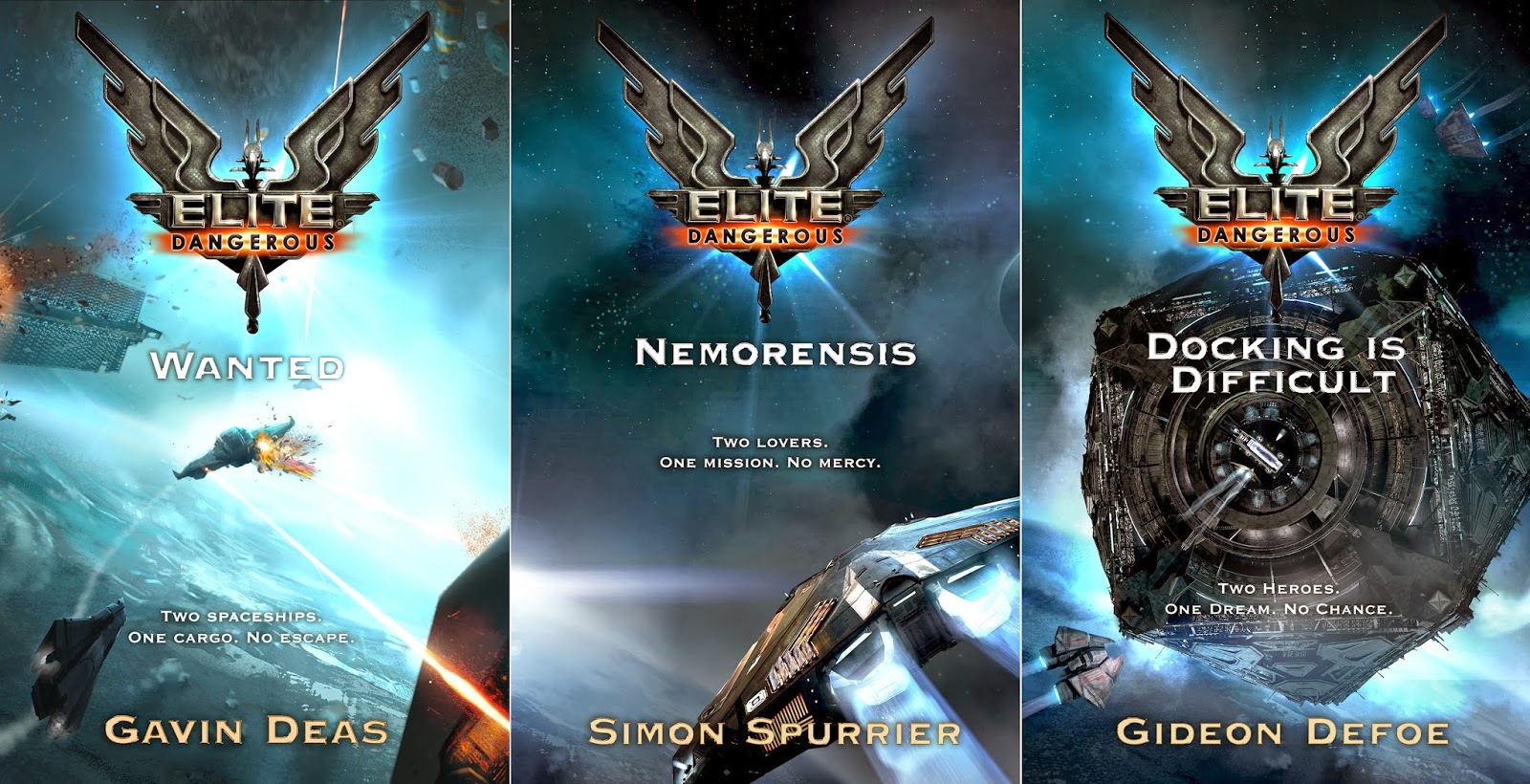 Elite: Dangerous is the fourth game in the Elite series, which launched in September 1984 with the eponymous original game. The original Elite was accompanied by The Dark Wheel, a novella written by fantasy author Robert Holdstock (author of the mighty Mythago Wood sequence). Gollancz, Holdstock's publisher when he sadly (and prematurely) passed away in 2009, snapped up the rights to three Elite novels by contributing more than £13,000 to the game's funding campaign on Kickstarter.

The game - and the novels - are set at the dawn of the 34th Century. Humanity has expanded across dozens of worlds and star systems in a radius of several hundred light-years from Earth. There are three primary power groups in explored space: the Federation, centred on Earth; the Empire, centred on Achernar; and the Independent Alliance, a banding-together of small powers to resist the strength of the greater ones. Alien life is almost completely unknown, save for a mysterious insectoid species known as the Thargoids. Brutal enemies in Elite, completely missing in Frontier and pacified in First Encounters, it is rumoured that the Thargoids will return in force during the events of Elite: Dangerous.

Elite: Wanted is a collaboration between Gavin Smith (author of the splendid Veteran and War in Heaven) and Stephen Deas (author of the Memory of Flames fantasy sequence) featuring a duel between two starship crews. The Song of Stone has a bounty-hunter vessel on their trail, the feared Dragon Queen. The story flips between the two crews as they fight a battle of wits to keep ahead of the enemy.

Elite: Nemorensis, by Simon Spurrier (a writer for X-Men comics and the Warhammer franchise), is Bonny and Clyde in space, featuring two lovers who steal a spaceship, go on the run and end up becoming celebrities through the chaos they cause across known space.

Elite: Docking is Difficult by Gideon Defoe (the writer of the Oscar-nominated film The Pirates! in an Adventure with Scientists) is a humorous take on life in the 34th Century, in particular the dream of a young man to become 'Elite', the best of the best. Unfortunately, he has to cope with being broke and young first.

All three books will be available a e-editions on 15 May. Hardcover editions will be accompany the release of the game later this year.

No release date for Elite: Dangerous itself has been set. However, the game is currently being tested online by hundreds of players and it seems well on course for release before the end of this year.
Posted by Adam Whitehead at 21:09