In a somewhat surprising statement, David Madden of Fox Entertainment has said he is open to resurrecting Joss Whedon's TV show Firefly, but only if Whedon was involved. 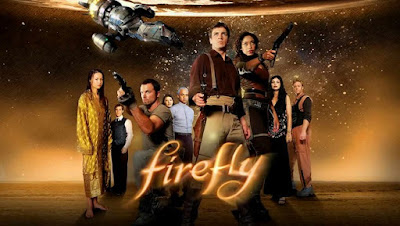 Firefly ran for fourteen episodes on Fox TV in 2002 before being cancelled due to disappointing ratings. It was resurrected in 2005 for a one-off feature film, Serenity. Both the TV show and the film have gone on to be cult successes, selling millions of DVDs and Blu-Rays, as well as being successful on streaming services.

Whedon was upset with Fox's decision to terminate Firefly after they aired the show out-of-order and provided insufficient marketing for the series, vowing he'd never work with the network again. However, he later relented and returned to Fox for the series Dollhouse, which ran for two seasons in 2009-10 before being cancelled, having lost half of its viewership. Whedon was more accepting of that show's fate, feeling that Fox had given it a fairer shot. Whedon subsequently directed the hit movies The Avengers (2012) and The Avengers: Age of Ultron (2015), as well as co-writing and producing the sleeper hit Cabin in the Woods (2012) and directing a low-budget version of Much Ado About Nothing (2012).

Whedon has ruled out further work for Marvel Studios, citing insufficient prep time for Age of Ultron, and has been writing a new film script which is reportedly a historical drama. However, he has also said he would consider returning for a Black Widow stand-alone movie.

Whedon's attitude to Firefly is more complex, having pointed out that, fifteen years later, it would be hard to simply make a second season of the show as the passage of time would have disrupted the storylines left hanging from the show and movie. Previously Whedon has also said that there is a problem that some of the Firefly actors were busy on other shows and projects, although Firefly's leading star Nathan Fillion recently became available following the cancellation of his long-running comedy drama, Castle. Jewel Staite, Adam Baldwin, Summer Glau and Sean Maher also appear to be available, but Morena Baccarin and Gina Torres have ongoing series roles at present, on Gotham and Suits respectively.

Whedon has not yet responded to the overture, but it sounds like this was a very serious offer from the people who own the rights to Firefly, and may be the most positive news in some time for the show. The question now is if Whedon is willing to consider a return to the series.
Posted by Adam Whitehead at 19:25

As much as I wanted this 10 years ago, I have to say it's probably better off left alone. It has more of a chance of soiling the Firefly legacy then it does at catching the magic the original show had and creating something as special again.

Please count me as an enthusiast. Besides Gina Torres is no longer on Suits, she wanted out after the first half of the current series.

I would love a rewrite of the original. I kind of understood the ideas behind it, but everything was either too subtle or too blunt. To do a "15 years later" thing would also work, but only for nostalgia. Maybe a handover? Old crew lost fate, became just like everybody else after saving the world and still getting nowhere and they need young blood to take over the flame? Whedon would surely have his hands full. I understand his fear of the intense pressure such a project would entail, with absolutely no guarantee of success.

Yes, leave it to Fox to make this possibility rest solely on Whedon's shoulders, who has already said that that ship had sailed. Bunch of asshats.