R. Scott Bakker on his next Earwa books

R. Scott Bakker has held an Ask Me Anything session on Reddit and spilled some beans about his plans moving forwards, with The Unholy Consult (the final book in his Aspect-Emperor series) having been published last month. 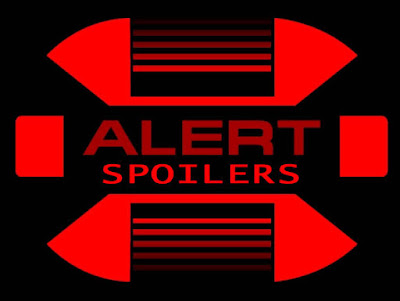 The big news is that work is underway on the third and concluding arc in the Second Apocalypse saga. This sub-series will be called The No-God, which is interesting as it breaks the pattern of naming for the first two series (The Prince of Nothing and The Aspect-Emperor). The current plan is for a duology, but an expansion to a trilogy is entirely possible.

Scott doesn't have a name for the individual books in the series yet, not a clear idea of when they might be published. He also doesn't have a publishing deal yet, which may be contingent on how well The Unholy Consult does for Overlook and Orbit. He did confirm that the third series commences just a few weeks after the cataclysmic events at Golgotterath in The Unholy Consult and unfolds from there.
Posted by Adam Whitehead at 18:23

Email ThisBlogThis!Share to TwitterShare to FacebookShare to Pinterest
Labels: news, orbit books, overlook press, r. scott bakker, the aspect-emperor, the no-god, the prince of nothing

Why does he not have a book deal? Crazy! He is so good.

Whilst I remain a big fan of Bakker's first trilogy, I think it will be hard for him to secure a book deal to complete the story. Lets face it, even his most die-hard fans did it tough on the Slog Of Slogs and The Great Ordeal ie the the Aspect-Emperor series. Even the better reviews carry forward points from the Prince Of Nothing series.

I make the forecast that, self publishing option aside, our last vision of Earwa is that described in the ending of the Unholy Consult, 144,000 souls!