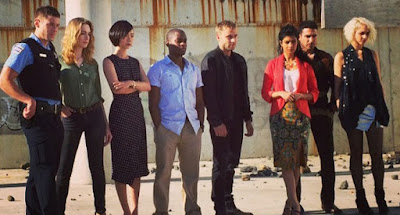 Sense8's second season aired earlier this year to apparently disappointing viewing figures, especially compared to the show's lavish $9 million-an-episode budget (the second-highest on American television, behind only Game of Thrones). Netflix regretfully pulled the plug, but after an intense fan campaign, agreed to produce a two-hour finale movie so Lana Wachowski and co-writer J. Michael Straczynski could wrap up the cliffhanger ending the show was left on. 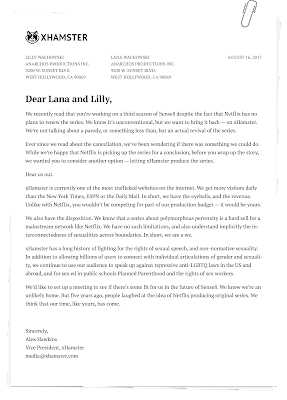 Whether this idea goes anywhere remains to be seen, but I'm pretty sure that fans of the show would be happy to see the full five-year story concluded according to the Wachowskis and Straczynski's vision. We await their official response - and Netflix's - with interest.
Posted by Adam Whitehead at 19:38