Voting is now open for The David Gemmell Legend Award for Best Heroic Fantasy Novel (although that definition is a bit loose, as the list shows). Almost eighty books are nominated for the award, including Joe Abercrombie's Last Argument of Kings, Andrzej Sapkowski's Blood of Elves, Brent Weeks' The Way of Shadows, Peter Brett's The Painted Man, Richard Morgan's The Steel Remains and Brandon Sanderson's The Hero of Ages. After some debate, my vote went to Paul Kearney's splendid The Ten Thousand. 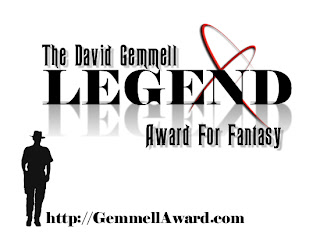 The voting is open for registered users of the website and newcomers alike.
Posted by Adam Whitehead at 13:31