GSC Game World, the developers of the STALKER series of computer games, have been shut down by the owner of the company, according to early reports. 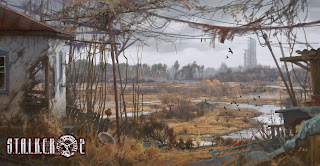 The STALKER series, comprising Shadows of Chernobyl, Clear Sky, Call of Pripyat and the in-development STALKER 2, has been a big hit on PC since the release of the first game in 2007. The series has sold over 4 million copies worldwide and been held up as an example of the continued potential success of PC-only games in the console-dominated marketplace. The series is set in the near future when a second explosion at the Chernobyl nuclear reactor has resulted in a series of reality-warping anomalies opening in the surrounding area. Various factions are contesting control of these anomalies, which they hope to exploit for personal gain.

No firm reason has been given for the shutting down of the company, although the failure of GSC to win interest for a console version of the series has been cited as a possible reason. Possible political issues in the Ukraine, where GSC is based, have also been suggested.

GSC being shut down and STALKER 2 being indefinitely delayed (and likely cancelled, unless someone else steps in) is sad news. Whilst undeniably buggy as hell (though the third game is much more stable), the STALKER series is notable for its hardcore approach to survival and tremendously powerful, bleak atmosphere. Hopefully someone will step in and rescue the development team and the game series from fading away completely.
Posted by Adam Whitehead at 19:34

We can only hope.

This is so messed up. STALKER was a huge success; I can't understand why development on the sequel would just collapse like this, and I'm not at all inclined to believe the tale of the tinfoil hat here.

I guess I'll get back to counting down the days till Metro 2033: Last Light...

That's a shame. I spent many, many hours in the first game. Superb atmosphere.

What about the TV series they were making in the S.T.A.L.K.E.R. universe? I was looking forward to it :(