After their previous crowdfunded resurrection of Hero Quest floundered on the shoals of iffy legal licensing rights, Gamezone Miniatures have returned with a new attempt. This time they are using Spanish crowdfunding site Lanzanos to fund the resurrected game. 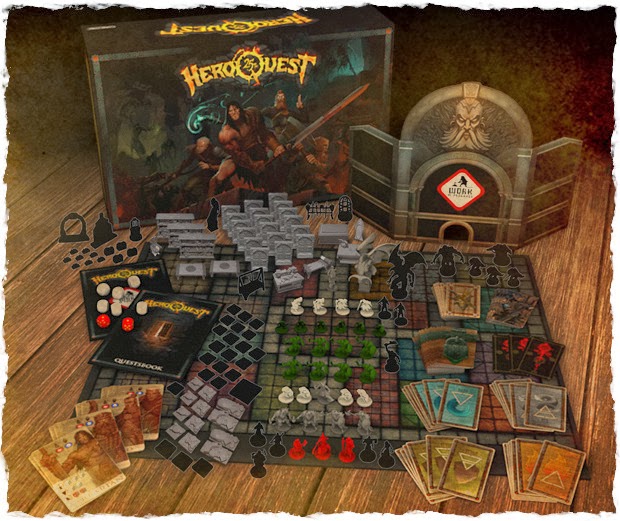 In all other aspects, this is the same deal as their previous Kickstarter attempt: a new boxed set, with all Warhammer/Games Workshop-troubling lore and design references removed. The rules, spells, characters etc all remain the same, but the new version of the game will improve on the original in some respects: the cardboard scenery and obstacle markers will be replaced by plastic miniatures.

The campaign runs for another 23 days, but the game is already funded to the tune of 402% of its original goal. As more money is raised, more features will be added to the game (including extra cards, character sheets, models and so on). Assuming no more obstacles, the game should be available to buy at the end of this year.
Posted by Adam Whitehead at 19:42

As nice as it promises to be, this iteration of the game can't be anything more than a bootleg and anyone who thinks different is sadly deluding themselves. Gamezone is trying to get away with it through a copyright loophole - the original author (Stephen Baker) will not make anything out of this. How could it possibly be legit?

It's not legit in any sense. I;ve been following this on BoardGameGeek and other sites and the legality of it is, well, its illegal. I doubt this will ever see production.