As an attendee of this year's Worldcon, I got to nominate for the Hugo Awards. My nominations were as follows: 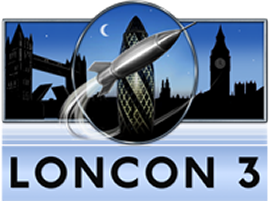 Best Novella
The Princess and the Queen - George R.R. Martin - Tor
Then Will the Great Ocean Wash Above - Ian Sales - Whippleshield Books

* Because no previous Wheel of Time book has ever been nominated, and because the entire series is one extremely large story, the entire series is eligible for nomination in 2014 as well as A Memory of Light by itself. Whether The Wheel of Time as a whole or A Memory of Light by itself makes the final ballot will be determined by which gets the most votes.

** Gravity is 91 minutes long, so falls within the 20% rule for determining length of eligible works, which means it can be put in either the Long-form or Short-form categories. As a movie, I think most people would put it in Long-form.

*** Though first published in Britain in 1937, The Hobbit had its first American publication in 1938, so is eligible for the award.

**** Snow White and the Seven Dwarfs was first screened in 1937 in a very limited run, but was not put on American nationwide release (or any kind of international release) until 1938. A final ruling on Snow White's eligibility hasn't been made, but I suspect it will be allowed if enough people nominate it.
Posted by Adam Whitehead at 18:56

I'm participating in my first Hugo nomination and voting experience this year and I'm looking forward to it. Have yet to decide just which way I will go with the final nominations. I'm in the process of reading Ancillary Justice right now so that I can decide how I feel about it as I feel it is destined to make the short list.

I got about 20 pages into The Princess and the Queen and still can't get myself to finish it. I was so bored!

No Ocean at the End of the Lane and no Jinni and the Golem?

Season 3 of Game of Thrones vs Orphan Black Season 1 is a tough choice, actually. Season 3 of GoT was admittedly better than Season 2 (not that Season 2 was outright bad), but not quite as tight as Season 1....though that's a bit of an unfair comparison given that Season 1 could focus on Ned Stark and the later seasons could not.

I mean, the writers themselves have admitted that they got uneasy about not having "a main character" in Season 2, so they'd needlessly invent scenes for Tyrion or Arya rather than leave them out of any episode (moreover, Daenerys simply didn't have much to do in this part of the books either).

Again, by their own admission, the writers learned from this, and by Season 3 got more comfortable with the idea of simply giving characters an episode or two "off", before then giving them a big 15 minute chunk of another episode -- it felt procrustean, in the mythical sense, forcing everyone to have 5 minutes or so an episode.

I.e. Robb Stark barely features in episodes 1 and 2 (in raw screentime), then gets stuff in episode 3....but then (gasp) simply doesn't appear in episode 4 at all....so he can have a lot of time back in focus in episode 5.

So I can sympathize about why this was a problem in Season 2, but rather than nurse old grievances, hey, on their own the writers fixed this by Season 3.