An update on Peter F. Hamilton's writing projects for this year: 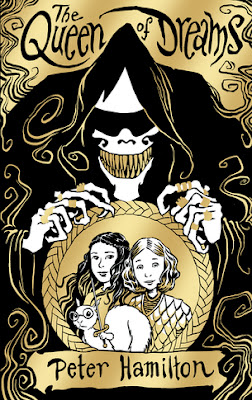 Queen of Dreams, the first novel in Peter F. Hamilton's Book of the Realms trilogy for younger readers, is out now. There are two more books to follow in the trilogy, already written and completed.

The Abyss Beyond Dreams is Hamilton's next adult SF novel. It is the first in a series called Chronicle of the Fallers and is set in the Commonwealth Universe, the setting for the Commonwealth Saga and Void Trilogy. This series is expected to be a duology, with Book 2 called The Night Without Stars. As of last month, Hamilton had almost completed the novel and it is anticipated for publication in September or October of this year. The Night Without Stars should follow in mid-2016.
Posted by Adam Whitehead at 14:54

Email ThisBlogThis!Share to TwitterShare to FacebookShare to Pinterest
Labels: peter f. hamilton, the abyss beyond dreams, the book of the realms, the chronicle of the fallers, the queen of dreams