Season 2 of THE EXPANSE hits Netflix UK on 8 September

Apparently, Season 2 of The Expanse will land on Netflix UK on Friday, 8 September. 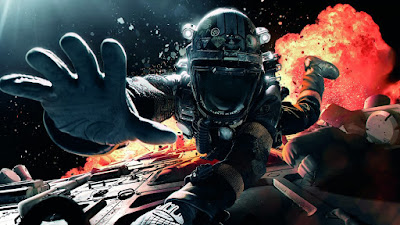 The second season of the show, which airs on SyFy in the US, originally aired from February to May this year, and was anticipated on Netflix in June. Bizarrely, the streaming service has held off on broadcasting the show, resulting in both significant levels of piracy and also people perfectly legally buying the already-released DVD and Blu-Ray box sets. The reason for the delay is unknown.

It's also unclear if the entire season is landing in one go (which you'd assume would be the case) or will be stripped over thirteen weeks like in the olden days.

Fortunately, Netflix's laxity has not damaged the success of the series: production of Season 3 began a few weeks ago and is now well underway, for broadcast in 2018. The Season 1 finale also picked up Best Dramatic Presentation (Short Form) at the recent Hugo Awards in Helsinki.
Posted by Adam Whitehead at 21:27

I don't think the expanse is ever coming to streaming Netflix USA. Fortunately, I pay extra for DVDs. I have the "three out at once" sub so I can binge watch anything that's out on DvD almost as fast as I could stream it (the whole package is still only $24 a month). I am not looking forward to having to replace that with additional streaming services whenever Netflix phases out DvDs.

In any case, watching the last episode of season 2 when I get home tonight. Liked the first season, but the second is even better (if a bit less grounded).

Wow,that's taken a long time. Shame that almost everyone I know that had watched season 1 has pirated it already. Hopefully they'll learn a lesson for season 3 and put it out simultaneously with US.

Definitely been a ridiculous long wait, there must be some technical/contract reason as to why they couldn't have put it up sooner. If not, it was a really dumb decision.