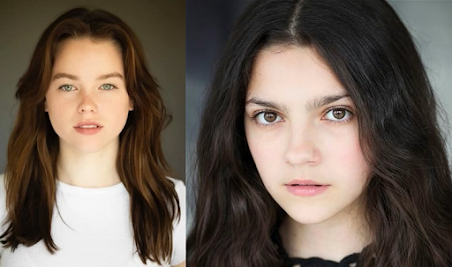 Milly Alcock (Reckoning, The Gloaming, Fighting Season) and Emily Carey (Wonder Woman, Get Even) are playing younger versions of Rhaenyra Targaryen and Alicent Hightower, respectively. Emma D'Arcy and Olivia Cooke are playing the adult versions of the characters in the show.

This indicates that the show may have flashbacks, or will start in an earlier time period before moving to the "present day" of the story, during the build-up to the civil war known as the Dance of the Dragons, when two branches of House Targaryen, both equipped with dragons, clash over the Iron Throne.

Filming of the series is continuing at the Warner Brothers Studios in Leavesden, near London. Recently, a large, red castle facade was seen being built, possibly to stand in for the Red Keep of King's Landing. The show has completed location filming in Cornwall and will move to location filming in Spain and Portugal in the near future. Production is expected to run into the autumn, ahead of a possible spring 2022 debut.