HBO has adjusted its development of the Game of Thrones spin-off roster of shows. 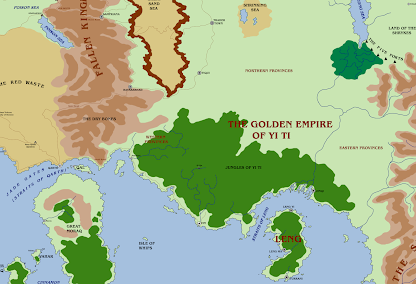 The company is currently shooting a new live-action show, House of the Dragon, a series about the civil war known as the Dance of the Dragons set some 170 years before the original series, and has multiple new shows on the development roster. One show about Corlys Velaryon, the Sea Snake, and his infamous voyages around the known world is in active development with former Rome and Gotham showrunner Bruno Heller in charge. This show, with the working title Nine Voyages, may depend on if House of the Dragon itself gets off to a successful start.

A second show about Princess Nymeria and the flight of the Rhoynar across the Summer Sea after their homeland is destroyed by Valyrian is also in active development, with Person of Interest writer-producer Amanda Segel on board. This show, Ten Thousand Ships, which can be dubbed a "fantasy Battlestar Galactica," stands by itself and its fate may not be dependent on the fortunes of the other shows.

A third show was set in Flea Bottom, the poor quarter of King's Landing, and appears to have been a riff on a George R.R. Martin idea called "Spear Carriers," where major events in the history of the Seven Kingdoms would have been viewed from the POV of the ordinary smallfolk (or peasants) on the streets of the capital. This idea was kicked around between a few writers, but no showrunner was attached and the idea has now been dropped.

Another show, an animated series set in an unspecified time period, remains in active development and a second animated show is now under consideration. This new animated series would be set in the Golden Empire of Yi Ti, a distant nation many thousands of miles to the east of even Slaver's Bay, on the northern shores of the distant Jade Sea. Yi Ti is a nation vaguely based on ancient China, and has a colourful history of emperors, concubines, rumoured dragons and possible clashes with even more mysterious and bizarre cultures to the east. Yi Ti has only been mentioned in passing in the Song of Ice and Fire novels, but the companion volume The World of Ice and Fire gives more details on this mysterious land.

A third animated series is also in the earliest stages of development, but no further information is known.

House of the Dragon is now four months into shooting its first season in the UK, and is expected to debut on HBO and HBO Max in Spring 2022.

Email ThisBlogThis!Share to TwitterShare to FacebookShare to Pinterest
Labels: a game of thrones (TV series), a song of ice and fire, george r.r. martin, hbo, house of the dragon