Shooting begins on Season 2 of THE WHEEL OF TIME

Production has begun on Season 2 of The Wheel of Time, Amazon Prime's television series based on Robert Jordan's novel series of the same name, though Season 1 has not been broadcast yet. Season 2 was formally greenlit in April, although informally it was being worked on some time before that. 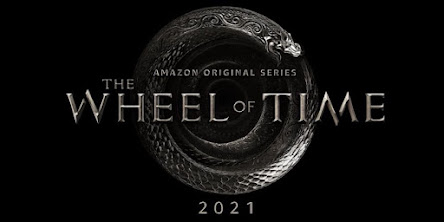 Season 1 was filmed between September 2019 and May 2021, with several lengthy breaks due to the ongoing COVID-19 pandemic. Season 2 is scheduled to shoot until February 2022, hopefully with no breaks this time due to COVID.
Filming will once again take place in the Czech Republic, at the newly-renamed Jordan Studios on the northern outskirts of Prague (which is 100% dedicated to this project and no others at the moment) and in locations around the country and other parts of Europe. The regular cast from Season 1 is expected to return, with the possible addition of several major new roles (it is heavily rumoured that casting has been underway for Elayne Trakand, amongst others).
Updated budget reports indicate that Season 1 may have spent over $11 million per episode and likely more than $12 million, which would push The Wheel of Time towards having almost twice the budget of Netflix fantasy series The Witcher (with $7 million per episode) and under half that of fellow Amazon fantasy series The Lord of the Rings (the most expensive TV show of all time), which is estimated at a floor budget of $29 million per episode and potentially a lot more. Some of the Wheel of Time budget may have been down to added costs from COVID. Season 2 we assume will have a similar, if not higher, budget, since restrictions and COVID precautions are still in place.
Season 1 of The Wheel of Time will air before the end of 2021 on Amazon Prime Television.
Posted by Adam Whitehead at 16:40