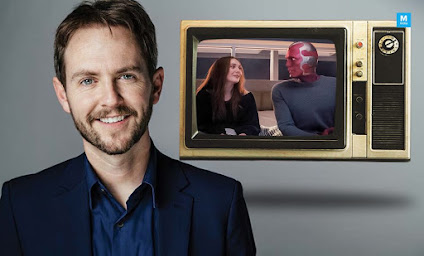 Paramount has spent five years playing musical chairs with writers, directors and even castmembers for the follow-up to 2016's Star Trek Beyond. Quentin Tarantino and Noah Hawley both developed scripts, J.J. Abrams signed on and off as producer several times and even the film's setting and cast changed several times, with Paramount considering everything from a film featuring a completely new crew and ship unrelated to any previous version of the franchise to a remake of the classic series episode A Piece of the Action to a straight-up sequel to the previous movies, with Chris Pine's Kirk returning.

Paramount have now greenlit a completely new project, with a script by Lindsey Beer and Geneva Robertson, with Shakman signed up after he guided WandaVision to a startling 23-Emmy nomination haul. It is still unclear if this new script will see the return of the Chris Pine-led "Kelvin" timeline but that should hopefully be clarified soon as casting announcements are made. Paramount wants to fast-track the movie with shooting to start no later than Spring 2022. The film, the fourteenth overall in the franchise, already has a pencilled-in release date of 9 July 2023. J.J. Abrams will return to produce.

Meanwhile, work on the next TV instalments of the franchise are continuing. Animated series Star Trek: Lower Decks and Prodigy are expected to drop over the summer, whilst Season 4 of Discovery is gearing up for an autumn launch, ahead of Picard's second season in early 2022 and Strange New Worlds' first season a few months later.