Relic Entertainment have announced a third full game in their Company of Heroes real-time strategy series.

Company of Heroes 3 is the follow-up to the original Company of Heroes (2006), which focused on the campaign in Normandy, and Company of Heroes 2 (2013), which depicted events on the Eastern Front. This time the game focuses on the Mediterranean Theatre, with a campaign which takes in battles in North Africa, Sicily and Italy, with the Allies versus the German Wehrmacht. The theatre was selected after discussions between Relic and fans on their forums (presumably at the expense of the Pacific, which we can guess will form the basis of a future fourth game). 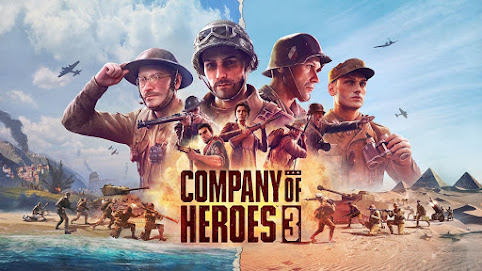 Unlike the previous games, which had a linear story-based campaign, Company of Heroes 3 has a dynamic, non-linear campaign which unfolds on a large campaign map, similar to the Total War series (both Relic and Total War developers Creative Assembly are owned by Sega). Players can deploy and move units on the campaign map and use things like naval support and air power to clear the way for the ground forces to advance. Standard real-time battles unfold when ground forces meet in combat. This mode was previewed in the previous Ardennes Assault expansion for Company of Heroes 2, but CoH3 develops the idea in a lot more depth. 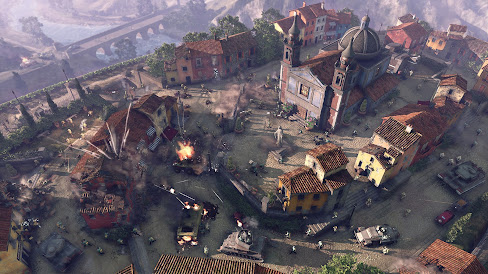 The actual battles are now brighter and sunnier, taking place in the desert or on the Mediterranean shore, and there is more focus on detailed infantry combat. Units can fortify buildings as before but they can also breach and storm fortified buildings. Single-player mode has a new "tactical pause" feature which allows players to pause the game and issue orders, a familiar technique from other strategy games but a first for this series. 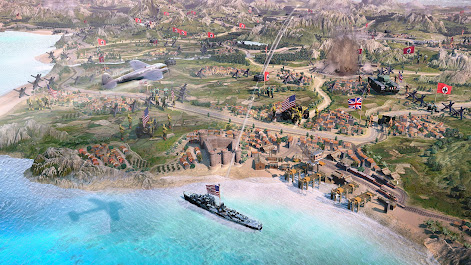 Allied players will now get rewards for minimising collateral damage to civilian buildings, such as gaining intel from grateful locals or recruiting partisans to add extra firepower to their units. Allied players will also be able to sortie American or British forces, or on some missions a mixture of the two.
Company of Heroes 3 will launch in late 2022, though players will be able to take part in a pre-alpha demo study starting today.
Posted by Adam Whitehead at 20:06