Noah Hawley, the much-feted writer of Fargo and Legion, is working on an Aliens TV series for FX as his next project. 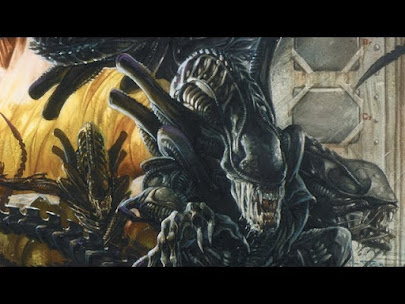 The writer had been working on a Star Trek movie for Paramount, but apparently Paramount shelved his idea because it had been revolving around new characters rather than established players. Shrugging, Hawley has swapped one classic SF universe for another, even finding time to pen a novel (Anthem, due in January 2022) inbetween.

He has confirmed that his Aliens project will bring the xenomorphs to Earth for the first time in the main series (they did appear on Earth in the non-canon, Aliens vs. Predator splinter timeline, and in comics and novels) and apparently the Weyland-Yutani Company is finally going to reap what it sows when the xenos run amok in their white collar heartland.

Hawley has confirmed that series regular Ellen Ripley (Sigourney Weaver) will not appear, saying he feels her story is complete, and the series will rely on brand new characters. He also confirmed that he wants to make a fifth and final season of Fargo that ties the whole series together and gives it a definitive conclusion, but that's a bit further off at the moment.

The Aliens TV series is currently planned to go into production in early 2022, probably to debut on screen in 2023.