The news has broken that director Richard Donner - who created the first superhero mega-blockbuster with Superman, setting the scene for all that followed - has passed away at the age of 91. 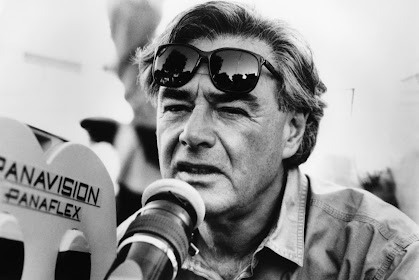 Donner, a native of the Bronx in New York City, started his career in television as an actor. However, he decided his skills lay more behind the camera and became first an assistant director and then a full director of commercials and television, starting out in westerns such as Wanted: Dead or Alive and The Rifleman. In the 1960s he became a prolific TV director for shows like Get Smart, The Fugitive and The Man from U.N.C.L.E. Arguably his best-known work in this time period was Nightmare at 20,000 Feet, an episode of The Twilight Zone starring William Shatner and which showcased his talent for building suspense on a tight budget.

He directed his first feature, X-15, in 1961 but his TV work kept him busy, and he only directed two more films that decade, Salt and Pepper (1968) and Lola (1969). His fourth film, the horror thriller The Omen (1976), was a surprise smash hit and made his name. Whilst debating what project to tackle next, he was contacted by Ilya and Alexander Salkind, who had bought the film rights to DC Comics' Superman character in 1973. They had developed an epic story spanning two movies and been through a long list of directors, including George Lucas, who had passed to make Star Wars, and Steven Spielberg, who was already committed to Close Encounters of the Third Kind. Donner had been committed to making The Omen II, but the Salkinds changed his mind by offering him $1 million. The Salkinds delivered the script for the two movies, totalling 550 pages, which Donner considered to be more than twice as long as was feasible to fit into two two-hour films. A hasty rewrite cut the script down to something sane.

Donner spent eighteen months shooting Superman and about three-quarters of Superman II; budget concerns led the team to halting work on the second film and focusing on the first movie, which was released to critical acclaim and massive commercial success in 1978. Donner had a falling-out with the Salkinds during the publicity tour for the film and they decided not to invite him back for Superman II and instead asked producer Richard Lester to complete the film. Lester did so, offering Donner a co-director's credit which Donner angrily refused. The move was highly controversial, with multiple actors expressing anger over the situation (Donner had been a highly popular presence on set) and multiple crewmembers declining to return, either out of loyalty to Donner or because they found Lester impossible to work with (including mild-mannered composer John Williams).

Despite the controversy, Superman II was released to critical acclaim in 1980. In 2006, as part of the publicity drive for Bryan Singer's Superman Returns, Donner finally completed his Director's Cut of the film, using material moved into the first Superman film during production as well as material that had never seen the light of day before, as well as unused footage from the first film.

Richard Donner was an old-school Hollywood director who managed the difficult transition to the behemothic blockbusters of the 1980s and 1990s. He enjoyed a lengthy career in television and film, working alongside many of Hollywood's greatest actors. Widely-praised by his acting colleagues for his integrity and affability on set, as well as his refusal to take nonsense from studio bureaucrats, he had an eye for detail, character, atmosphere and action, and was as adept at suspenseful horror as he was wide-scale action and character comedy. To this day, he can be said to have directed the two finest Superman movies ever made (despite the attempts of others). He will certainly be missed.