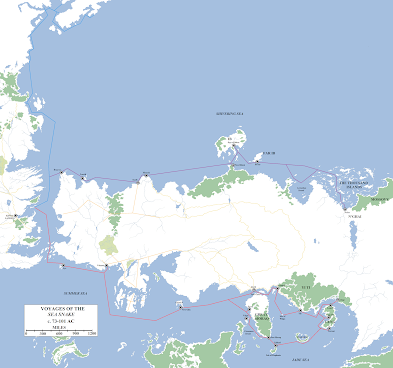 As is well-known, HBO developed six spin-off projects before the original show even finished, fielding ideas including a prequel set in the Valyrian Freehold before its collapse, before settling on a show about the rise of the White Walkers, set between four and five thousand years before the events of the original show and books. However, that project (The Longest Night) only made it to the pilot stage before a changing regime at HBO decided to drop it.

The new regime subsequently greenlit House of the Dragon, an epic story set just under 200 years before the events of Game of Thrones and relating the events of the Dance of Dragons, a bloody civil war within House Targaryen, with both sides armed with dragons. That show is due to start shooting in the next few weeks.

It sounds like the prior plan was to see how House of the Dragon does before considering additional Westeros-set projects. However, the advent of American streaming service HBO Max, which has been slightly underperforming in terms of subscribers, has seen a desire to get more buzz-worthy shows on the screen and Warner Brothers have seen George R.R. Martin's novels, short stories and source material as a potential goldmine if they can exploit it correctly.

As a result, back in January it was reported that HBO were developing proposals on both the Dunk & Egg short story series and on Robert's Rebellion, despite Martin previously shooting down proposals for both ideas (Martin has a veto on any HBO project set in Westeros). It may be that HBO are developing these ideas to convince Martin of their merits.

The three new ideas announced in the last day or so are more like the original pitches, being prequels set earlier in the history of Westeros. 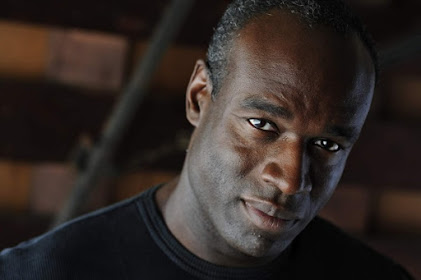 The first idea is a show with the working title Nine Voyages. This would be a naval-based show focused on Lord Corlys Velaryon, the Sea Snake, who is being played by British actor Steven Toussaint. The pitch seems to be for a show based around a much younger Corlys, who as a young man embarked on nine ambitious voyages around the world. These took him to fabled places such as Qarth, Yi Ti and Asshai-by-the-Shadow, the distant island of Ib, the Thousand Islands and the mysterious city of Nefer. He also undertook a voyage to find a "northern passage" around Westeros through the frozen Lands of Always Winter, to no avail.

There is plenty of material to be mined in such a show and there's an added bonus in that it re-teams HBO and producer Bruno Heller, with whom they had a fruitful collaboration on Rome (2005-07), the show that arguably paved the way for Game of Thrones. Although if I'm honest, I think I'd rather that Heller work on a "next generation" Rome series for HBO, perhaps the I, Claudius narrative that's been mooted a few times over the years (and which HBO held the rights to for a time in the early 2010s).

The second project may be a revival from the original six projects HBO developed a few years ago, with a story revolving around Princess Nymeria of Ny Sar. Nymeria was the warrior-queen of the Rhoynar who led her people in a grand exodus across the Summer Sea after her homeland was destroyed by the Valyrians. Eventually her people settled in Dorne, becoming the ancestors of House Martell and the Sand Snakes. It's possible that this was the show that Carly Wray was developing for HBO in 2017-18. This show has the working title Ten Thousand Ships.

The third project is the least-fleshed-out. The show has the working title Flea Bottom and will apparently be set in the poor district of the city of King's Landing, and will provide a "bottom-up" view of Westeros from the POV of the poorest and most destitute people in the kingdom. It's unclear what time period this would be set in, or if it would involve established characters (both Ser Davos Seaworth and Gendry were born in Flea Bottom and grew up there) or a whole new cast.

These are all development ideas at the moment, with HBO not having committed to anything so far. If I had to guess, I'd say that the Nine Voyages idea is the one most likely to move forwards.

If Corlys Velaryon is a Summer Islander, why he has a Valyrian surname?

On the one hand, Carly Wray said her show was set "in Westeros" and people who watched the TV show would know what it was.

On the other hand, Nymeria ends up in Dorne, so maybe Carly was just stretching things a bit.

Should be interesting. Of all the 'new fantasy shows' (Amazon's Middle-earth series and Wheel of Time, Netflix's Narnia, and HBO's Thrones-related material) I'm most excited for House of the Dragon.

I MOSTLY enjoyed Game of Thrones. The last two seasons less so (I felt Season 7 should've been a full 10 episodes, and using the end of Season 8, Episode 3 as its season finale. 8 Could've also been a full 10 episodes. The accelerated pace was a hindrance, IMO. I have no issues with what happens in the STORY.)House of the Dragon is shaping up to be promising, and the more Dunk and Egg the better. We're still waiting for the 4th story to appear, so hopefully they don't decide on Dunk and Egg TOO soon, elsewise they'll be in a similar boat they were in with Thrones (passing the source material, regards to story advancement).

Corlys reached Assshai, according to Fire and Blood canon, no? It is stated he saw there Elissa Farman/ ship.
"Many years later, during his second great voyage on Sea Snake, Corlys Velaryon believed he saw the old, weathered Sun Chaser in Asshai"

"Many years later, during his second great voyage on Sea Snake, Corlys Velaryon believed he saw the old, weathered Sun Chaser in Asshai"
So he reached Asshai, no?

As a retcon, yes. Originally, based on World of Ice and Fire, he did not and in fact WoIaF specifically says that he "never saw Asshai." George changed that for Fire & Blood (the map predates Fire & Blood).