AMC's THE TERROR arrives in the UK

AMC's acclaimed Arctic drama series, The Terror, is finally available on the BBC in the UK. 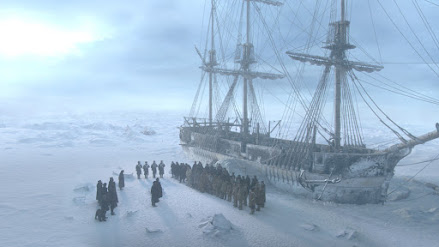 Based on Dan Simmons' 2007 novel of the same name, the series is partially a historical account of the ill-fated 1845-48 Franklin Expedition to find the Northwest Passage around Canada, partially a story about Inuit mythology and partially a horror story.

The first season consists of 10 episodes and is available now on the BBC iPlayer. It is also airing weekly on BBC2. A second season, subtitled Infamy, has also been produced with a completely unrelated story, but this is so far not available in the UK.