Shooting has begun on the second season of time loop dramedy Russian Doll. 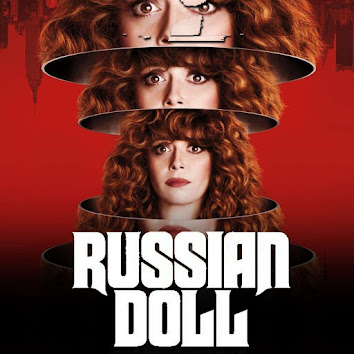 The first season of Russian Doll was a thoughtful exploration of life, death, vice and virtue that explored its time-looping premise through eight, tightly-paced episodes with plenty of curveballs and exploring interesting side-characters. The show ended on a surreal but easily final note, making it unclear where a second season would go. Even more oddly, it was confirmed that Russian Doll had been pitched to Netflix as a three-season project from the get-go.

The second season was greenlit shortly after the first season aired, but suffered numerous delays due to availability and scripting issues. Just as the show was cleared to begin filming, the COVID pandemic erupted and everything was put on hold.

Russian Doll managed to avoid the fate of many other Netflix shows which were cancelled due to raised COVID costs (the fate of GLOW, amongst several others) and shooting is finally underway on the second season, with Natasha Lyonne reprising her role as Nadia Vulvokov. A newcomer for the second season is Annie Murphy, fresh off her acclaimed stint as Alexis on Canadian comedy Schitt's Creek.

The second season of Russian Doll is likely to air in late 2021 or (probably more likely) early 2022 on Netflix.