After more than a year of speculation and delay, Disney and Marvel have thrown in the towel and confirmed that the next Marvel Cinematic Universe movie, Black Widow, will get a simultaneous cinema and Disney+ release on 9 July. 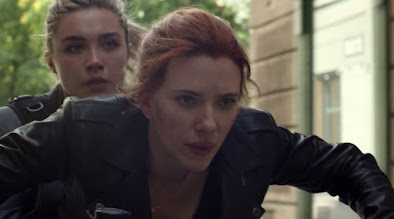 The film was originally set for release on 1 May 2020, but the advent of the COVID-19 pandemic put paid to those ideas. The film was initially delayed until November 2020 and then May 2021 as the pandemic continued to unfold.

However, the continuous delays caused significant headaches for Marvel, who had a whole raft of additional MCU movies in production for release after Black Widow. Eternals and Shang-Chi and the Legend of the Ten Rings both also saw their originally-scheduled release dates shifted back due to the pandemic, with another three films currently shooting (Spider-Man: No Way Home, Doctor Strange in the Multiverse of Madness and Thor: Love and Thunder) and three more in pre-production for filming to begin soon (Black Panther II, Captain Marvel 2 and Ant-Man and the Wasp: Quantumania).

Further complicating matters was a raft of MCU-set TV shows, some of which are due to tie in with the upcoming movies. The recently-aired WandaVision, for example, sets up plot points that will be further explored in Doctor Strange in the Multiverse of Madness, whilst a character introduced in Black Widow will recur in Hawkeye, due to air at the end of this year. Delaying the films continuously risks breaking the ties of continuity between the various Marvel projects.

Although the vaccination programme is proceeding apace in several countries, such as the UK, USA and Israel, it is off to a much slower start in mainland Europe, and even in countries where vaccinations are proceeding well, it's far from clear if cinemas will be able to open in May (the UK is not expecting to reopen cinemas until June at present). Delaying the film to July gives countries more time to proceed further in vaccinations and the Disney+ option gets the film in front of fans who will still be unable to see the film in cinemas.

This will be a Disney+ Premier Access release, so an additional payment will be required on top of the standard Disney+ subscription, in line with other Disney+ premier movies like Mulan.

Disney have also confirmed that Cruella will also have a joint cinema/Disney+ launch on 28 May, whilst Pixar's Luca will launch exclusively on Disney+ on 18 June.

The shuffles have also dropped Shang-Chi and the Legend of the Ten Rings back to 3 September. At present it is listed only for a cinema release. The release dates for the remaining Marvel Phase 4 films remain unaffected, although industry experts are now wondering if Marvel will want such a rapid release of films: Black Widow on 9 July, Shang-Chi on 3 September, Eternals on 5 November and Spider-Man: No Way Home on 17 December. However, with Doctor Strange 2 locked in for March 2022, Thor 4 due in May, Black Panther II in July and Captain Marvel 2 in November, they don't have much room to maneuver.