Wales' biggest superhero being developed for a reboot

The most successful superhero franchise to come out of Wales - SuperTed - is set for a reboot. 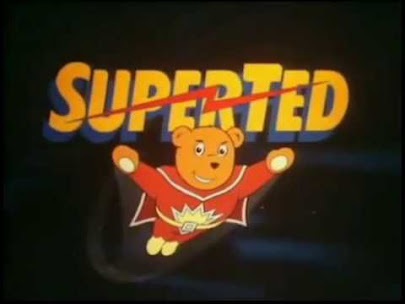 Created in 1978 by Mike Young, SuperTed was a highly successful, multi-media franchise consisting of books, comics and a successful Welsh-language animated series which ran for three seasons and 36 episodes, from 1982 to 1986. There was an American animated continuation in 1986, although that was cancelled after half a season.

The series was inspired by Young's son, who had trouble falling asleep without a light on. Young made up stories about how his teddy bear was secretly a superhero who was waiting for him to fall asleep so he could get on with saving the universe. Young developed the idea further by adding allies - such as the alien "Spotties", including SuperTed's best friend Spotty Man - and villains such as Texas Pete. Young wanted to avoid overt violence so had Ted and his friends overcoming obstacles by using their wits rather than blowing things up.

The animated series was hugely successful in the UK, with the vocal performances of Derek Griffiths as SuperTed and the late Jon Pertwee as Spotty Man in the English dub were particularly praised.

SuperTed's popularity waned in the 1990s once the animated series was no longer in production.

Young and Abbey Home Media are developing a new series which will involve CG animation and will re-envision the characters for a new audience. However, Young wants to avoid making the animation too glossy and is also keen to remain true to the roots, particularly the focus on younger children and not using overt violence.