In a high-profile bit of casting, Paramount has tapped British actor Hugh Grant (The Undoing, Four Weddings and a Funeral, Love Actually) to play the main villain in the new Dungeons and Dragons movie. 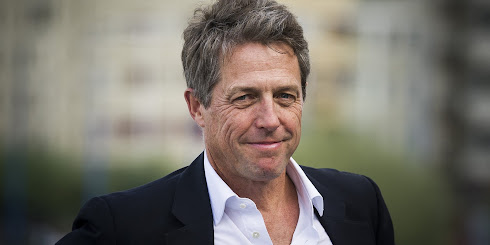 Grant is the quintessential British gentleman actor for his roles in 1990s romcoms, but has recently enjoyed a career resurgence thanks to HBO's The Undoing and Amazon's A Very English Scandal.

The film starts shooting in the next few weeks in Northern Ireland and has already tapped Chris Pine, Michelle Rodriguez and Justice Smith for roles, with Regé-Jean Page playing the protagonist. So far no character names or plot or setting details have been revealed.

Deadline have also confirmed that Sophia Lillis (IT, IT: Chapter Two, I Am Not Okay With This) has joined the cast in an unspecified role.

Jonathan Goldstein and John Francis Daley are writing and directing the film for a 2022 debut.

Email ThisBlogThis!Share to TwitterShare to FacebookShare to Pinterest
Labels: dungeons and dragons, hasbro, news, paramount, wizards of the coast

Great, who isn't down for Dungeons & Dragons: the Romantic Comedy.