The Resident Evil reboot movie has confirmed its release date. The film will launch on 3 September this year. 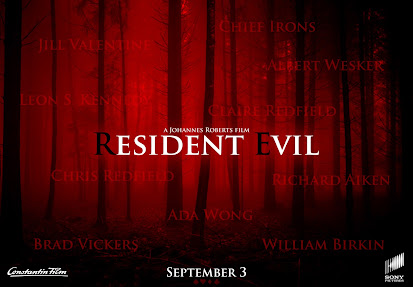 The film is directed by Johannes Roberts and stars Kaya Scodelario as Claire Redfield, Robbie Amell as Chris Redfield, Hannah John-Kamen as Jill Valentine, Tom Hopper as Albert Wesker, Avan Jogia as Leon S. Kennedy and Neal McDonough as William Birkin. The film started shooting at the tail end of 2020 and sounds likes it's heading into the wrap-up phase.

The film is not related to the six-film series directed by Paul W.S. Anderson and starring Milla Jovovich. The new film promises to be more closely based on the video game franchise, particularly the first two games in the series.

Netflix has produced a CG-animated series called Infinite Darkness which is part of the video game canon, and should launch later in 2021 as a tie-in to the next video game, Resident Evil: Village. Netflix is also developing a live-action TV series not linked to any prior version of the mythos.