Not resting on their laurels, HBO have upgraded their order for the second Game of Thrones spin-off from a single pilot to a full 10-episode season order and also given it a title: House of the Dragon. 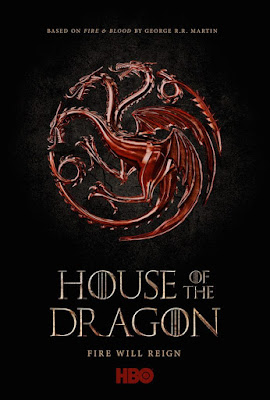 Produced by Ryan Condal, who showran and wrote Colony and was behind Amazon's recent attempt to bring a direct adaptation of Robert E. Howard's Conan the Barbarian stories to the screen, House of the Dragon delves deep into the history of House Targaryen, drawing on George R.R. Martin's 2018 book Fire and Blood. The series is expected to start off by focusing on the Dance of Dragons, the great civil war which wracked the house some 170 years before the events of the series, but given the title and scope of the series it could expand to incorporate other time frames.

HBO skipping the pilot stage in favour of a full series order is surprising, given their decision to cancel the first proposed spin-off, The Long Night, yesterday. However, The Long Night was commissioned under the previous regime at HBO. The new management seemed more lukewarm towards the project and were not impressed by the Jane Goldman-produced pilot episode. The tepid reaction to the White Walker storyline in Season 8 of Game of Thrones may have also played a role in the decision.

House of the Dragon will be a much more expensive series, focusing more on dragons and large-scale battles. To this end, veteran Game of Thrones "battle director" Miguel Sapochnik will co-produce and co-showrun the series alongside Ryan Condal.

House of the Dragon will shoot next year to debut in 2021 on HBO.
Posted by Adam Whitehead at 09:26

So after having had to wing it for the final stage of GoT in lack of published source material, HBO are now adapting the Westeros lore drawn from Fire & Blood - which also is incomplete.
Why? Seriously, why?
SMH

The show sounds like it will be about the Dance, the story for which is told in full in Fire & Blood.

Ah, OK. In that case there hopefully won't be the same problem again! :-)
Thanks for the info, Wert.