Modiphius are fast-turning into one of the most interesting companies in the tabletop RPG space. They're working on tabletop RPGs for the Fallout and Dune universes, and have now announced that an RPG based on the Homeworld video game franchise is on the way. 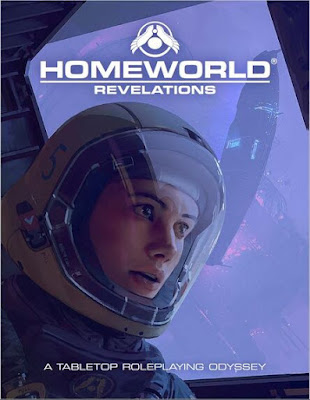 Homeworld: Revelations will allow players to create characters and take part in the epic voyage across the Whirlpool Galaxy that formed the narrative for the original game. The game will also allow players to take on the role of other races (presumably not the Bentusi, due to them being massive living starships) and play in other time periods, presumably including the era of the upcoming Homeworld 3, due for release in 2022.

Homeworld: Revelations will use the 2d20 system used by many of Modiphius' other games and will also feature an innovative Starter Box concept, where the game ships with a prepared adventure in envelopes which teaches the game simultaneously to both the GM and players with no setup time required.

Homeworld: Revelations appears to be tentatively targeting a 2020 release, but with an interesting scope and a possible crowdfunding campaign to come, it may slip to 2021.
Posted by Adam Whitehead at 22:03