Joseph Mawle cast in LORD OF THE RINGS: THE SECOND AGE

Joseph Mawle has been cast as a villain in the upcoming Amazon fantasy TV series, The Lord of the Rings: The Second Age. 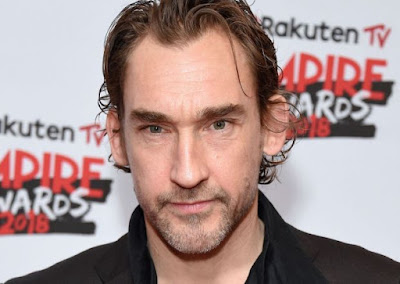 Mawle, best-known for playing Benjen Stark in HBO's Game of Thrones, will be playing a character named Oren. Oren appears to be the main protagonist, and will be opposed by Beldor (Will Poulter) and Tyra (Markella Kavenagh). Maxim Baldry is playing an undisclosed role.

Amazon have been playing the cards very close to their chest on the new Middle-earth series, which will certainly be the most expensive TV show ever made. It is known that the show will take place in the Second Age of Middle-earth, c. 5,000 years before the events of The Lord of the Rings, but its precise setting remains unclear.

Fans have speculated that the series will follow the story of the forging of the Rings of Power in the elven kingdom of Eregion and the subsequent rise to power of the mighty island kingdom of Numenor, but this remains unconfirmed.

Provisional shooting for the series is believed to have been undertaken already (to satisfy a contractual requirement for the series to be shooting before November) in New Zealand, with full production set to begin in spring 2020. The show is expected to shoot two seasons (possibly back-to-back), with the first to debut in 2021.
Posted by Adam Whitehead at 20:22

Do you have a source on two seasons possibly filming back-to-back? Is this an extrapolation off of the "20 episodes" quote or is there a report that suggests this?