LORD OF THE RINGS: THE SECOND AGE adds a new castmember

Amazon's Lord of the Rings: The Second Age TV series has added a new castmember in the form of Maxim Baldry. 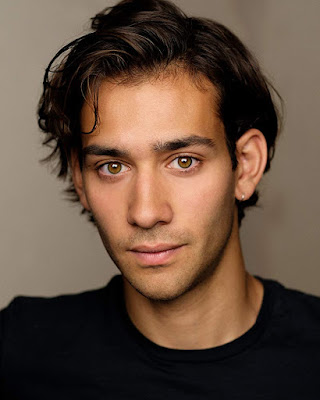 Baldry is best-known for playing Viktor Goraya in Years and Years, Russell T. Davies' dystopian drama series, and Liam Donovan on British soap Hollyoaks. He also appeared on Skins. American may best know him for, at the age of eleven, playing Caesarion in the second season of HBO's excellent Rome.

It is unknown what role Baldry will be playing on Lord of the Rings: The Second Age, although some commentators have suggested he might be good for the role of Sauron, whom in the Second Age went by the name of Annatar and lived among the elves of Eregion "in fair guise," to trick them into helping forge the Rings of Power. This is pure speculation though.

Lord of the Rings: The Second Age is in pre-production in New Zealand, with some filming believed to have already taken place (to satisfy a contractual requirement for the show to start filming before November 1st, or the rights revert to the Tolkien Estate). Shooting in earnest is expected to start in the spring.
Posted by Adam Whitehead at 20:33