On Departure Day - 14 October - 120 million people vanished with a trace, disappearing from all over the Earth. The people left behind are shellshocked, confused and mystified as to how it happened. But in one place it didn't happen at all. The town of Jarden, Texas did not lose a single person, which is statistically impossible for a town of its size. Now nicknamed Miracle, the town has become a mecca for the dispossessed, the grieving and the traumatised...including the Garvey family. 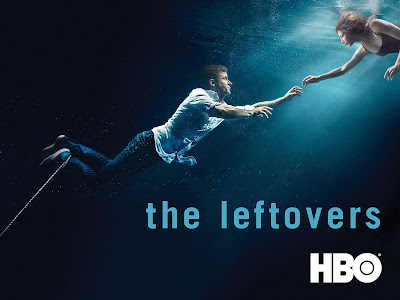 Season 2 of The Leftovers picks up a few months after the events of the first and throws a hard, hard curveball at the viewer. A large chunk of the regular cast have relocated over 1,500 miles from Mapleton, New York to Jarden, Texas. On first viewing this feels massively contrived, with the Garvey family, Nora, Matt and his still-comatose wife all finding reasons to make the move and less-interesting characters from Mapleton unceremoniously dropped. Once in Jarden the show also focuses on the Murphy family, who are undergoing their own woes and difficulties.

This shift in location is quite a lot to get used to, and at first it feels less like a continuation of the first season than the start of a spin-off series. However, we eventually touch base with Meg and the Guilty Remnant, what Tom and Jill are up to and a few more dangling storylines left unresolved from the first season, but it takes a while. One upshot of this is that rather than getting a few disconnected scenes with other characters in other places a few times per episode, we instead get a large, focused amount of time for these other characters instead, which makes the individual episodes stand out a bit more.

Instead the season introduces a new mystery: three young women, including one of the Murphys, disappears in the middle of an earthquake. The Garveys, who befriend the Murphys on their first day in town, help out in the search but subsequent events re-open old wounds in the family, particularly Kevin's tendency to go sleepwalking and "lose time." Other storylines involve the Murphys' own marital problems and how Matt is coping with the routine of looking after his wife.

In broad terms, the second season is certainly very strong, but it does suffer from several minor problems compared to the first. The complete change in setting means we spend several episodes spinning wheels a bit as the show has to introduce a new batch of supporting castmembers. Showrunner-writer Damon Lindelof also borrows a couple of tropes from his Lost playbook, most notably playing around with time and dedicating the second episode to showing the flipside of events in the first and then doing something completely different in the third episode. This means that we're four episodes into the season, almost halfway through, before the story starts moving forwards again.

Once the story does kick into a higher gear, it quickly becomes irresistible. The fifth episode, No Room at the Inn, is possibly the finest episode of the series so far, with an absolutely outstanding performance by Christopher Eccleston as Matt starts to lose his cool with his routine of looking after his wife and hoping for her recovery. Subsequent episodes (particularly the bizarre International Assassin) then take a step into the weird, spiritual and surreal, but the phenomenal performances anchor the story even as it takes a step further into the odd. The final two episodes then, rather smartly, bring together all the storylines from Season 2 and a few unresolved elements from Season 1 into a surprisingly effective and well-conceived grand finale.

The second season of The Leftovers (****½) starts slow and takes a while to circle around and get to its point, but when it does it suddenly becomes richly compelling television. It is available via HBO in the United States, but in the UK and other territories you're probably going to have look for an imported Blu-Ray set (the Scandinavian one is compatible with UK players) to get the show in HD.
Posted by Adam Whitehead at 19:45