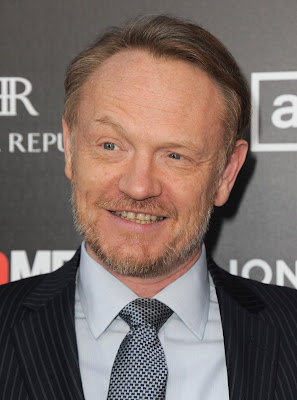 Jared Harris, also late of The Expanse and The Terror, is playing Hari Seldon. Seldon is the mathematician who creates psychohistory, a statistical formulation which allows for a modelling of future events by applying statistics to history. Seldon's idea is dismissed as nonsense except for the fact that one of its predictions is coming true: the Galactic Empire, which has endured for twelve thousand years, is showing signs of imminent collapse. According to Seldon's formula, humanity will be plunged into many millennia of darkness before it rises again. In desperation, a band of scientists and politicians create the Foundation, a body which will guide humanity out of the dark ages in a mere single millennia.

Lee Pace (The Hobbit) is playing Brother Day, the current Emperor of the Galactic Empire. Intriguingly, there is no such emperor during the Foundation novels; the emperor of Hari Seldon's time is Cleon II. This suggests that the adaptation will be a rather light one of the books, given the relative lack of continuing characters in the early volumes.

David Goyer (co-writer of Christopher Nolan's Batman trilogy) is the showrunner of the project. Production is set to begin soon for a late 2020 or (more likely) early 2021 debut.
Posted by Adam Whitehead at 20:01

Oh, good choice! I also loved him in The Crown.

Cast him in everything!