Netflix's live-action take on classic anime Cowboy Bebop has a release date: 19 November this year. Netflix have also dropped the first publicity images for the show. 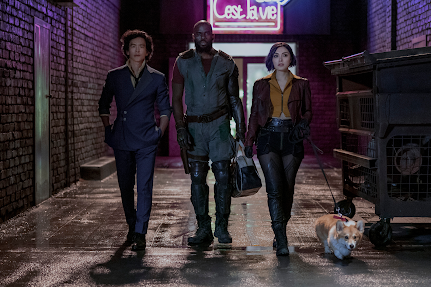 From left to white, John Cho as Spike Spiegel, Mustafa Shakir as Jet Black and Daniella Pineda as Faye Valentine. An unnamed Welsh corgi actor is playing the dog Ein.
Cowboy Bebop is based on the critically-acclaimed anime which ran for one season of 26 episodes in 1998. The original series was noted for its noir-ish atmosphere, it's vividly-portrayed setting (a futuristic Solar system where Earth has been abandoned after a hyperspace accident destroyed the Moon), it ambiguous characterisation and its absolute killer soundtrack. 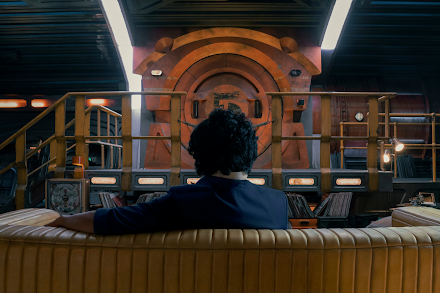 It's unknown how much of the anime series the live-action version will cover; however, the fact that the casting for the regular role of "Radical Ed" has not been announced suggests it may only cover the first half or so of the original series (Ed debuted in the ninth episode of the original run). 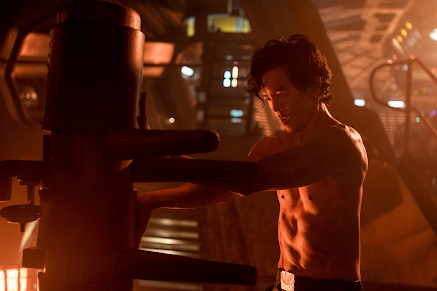 Cowboy Bebop shot on soundstages and location in New Zealand, but production was blighted by lead actor John Cho injuring his foot just a few weeks into filming. Production was shut down for several months and was due to restart just as the COVID pandemic struck and all filming projects were suspended in New Zealand. However, production was able to resume last summer. 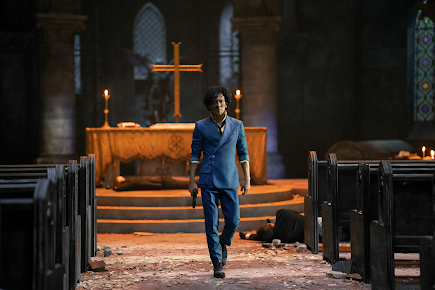 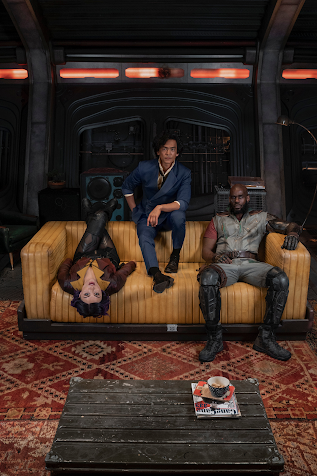 Cowboy Bebop would be nothing without its infamous soundtrack, and the good news is that Yoko Kanno, who scored the original anime, is returning for the live-action project. 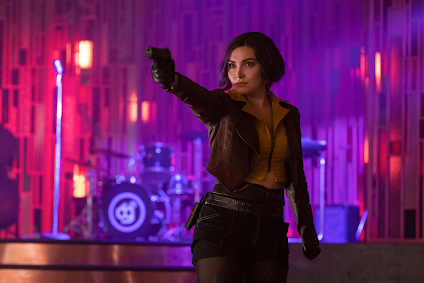 Writers for the show include Christopher Yost and Hajime Yatate, a collective pen-name for Sunrise Studios, who created the original anime. 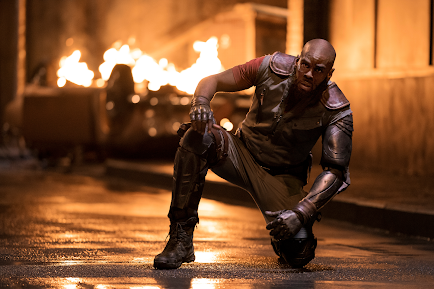 Directors for the project comprise Alex Garcia Lopez and Michael Katleman, who each directed five episodes. 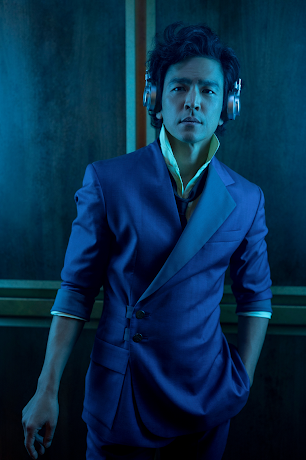 Netflix have a mixed record on their anime adaptations, but this one benefits from a much higher budget than most of their previous efforts, and getting Kanno and Yatate involved may assuage fears that the show has been compromised too much. It certainly looks the part.
Posted by Adam Whitehead at 17:42

I'm not sure if this will be a good TV show. The anime was fine and was different... For an anime. But I'm curious enough to check it out.

Cho needs to work that pose a little more. When Spike does his hands-in-his-pockets walk, he's more hunched over.

This is definitely an upgrade in coolness (and, strangely, maturity) for John Cho as a performer. (JJ Star Trek doesn't count or is not one.)