Seminal British space opera TV series Blake's 7 has landed in the US via the BritBox streaming service. 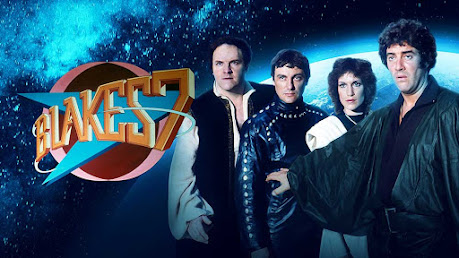 The classic space opera originally aired on the BBC (and, in the US, on PBS) between 1978 and 1981. Despite a tiny budget and low production values, the show was noted for its excellent cast and unusually morally murky scripts for the time, which often had the "heroes" doing questionable things in their pursuit of destroying the "evil" Terran Federation (many of whose citizens and even soldiers seemed less evil and more bureaucratically amoral). The show was noted for its dark streak, its tendency to kill departing characters off with almost no warning, and its relentlessly bleak conclusion. The show was also an early example of a series with a heavily serialised storyline, with ongoing character and story arcs that expanded across multiple episodes and seasons.

J. Michael Straczynski has cited Blake's 7 as a major influence on his own space opera Babylon 5, whilst echoes of the show can be found in series such as Firefly.

All four seasons and 52 episodes are streaming now on BritBox US.

I would add that it's also on YouTube. Normally one would never recommend bad YouTube clips quality wise, but Blake's 7 only looks worse with higher production values. There's a classic scene I think in the first season where the actors press a button on a panel and it falls off and goes bouncing across the floor. You can see them look at each other and look at the director to silently ask aren't you going to cut this take and reshoot? But the director doesn't so they keep on filming.

YouTube videos have been flagged for copyright. Stop focusing on some minor thing you think you remember. The production values are fine for anyone who enjoys the contemporaneous era of Tom Baker Doctor Who during the period of heavy inflation in the late 70s, usually a bit better than how Who looked. But it's about the story and the characters.