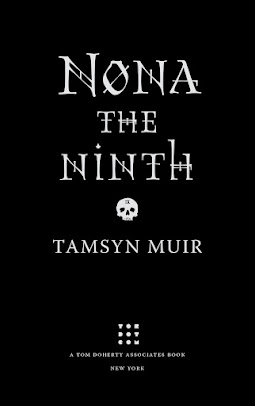 Unlike the work of unrepentant detriloger Tad Williams, where the expansion is due to the original Book 3 reaching unfathomable sizes and having to be split, it appears the split here was down to character. Whilst writing the original concluding book in the series, Alecto the Ninth, Muir realised that another character's story had to be told first.

As a result, Book 3 will now be called Nona the Ninth and will arrive in late 2022. Book 4, still holding the title Alecto the Ninth, will follow in late 2023.

The first two books in the series, Gideon the Ninth and Harrow the Ninth, have attracted significant critical acclaim, being nominated for multiple genre awards.

I have mixed feelings about this. Whereas Gideon the Ninth was an excellent work, thoroughly enjoyable, Harrow the Ninth was an enormous grind with little sense of plot development. Splitting the third volume into two books smells of bad editing and bloat, the ultimate killer of all great fantasy. A Dance with Dragons comes to mind, unwelcome.